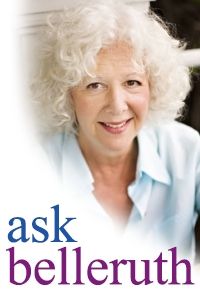 I have found the 12 step program to be a helpful adjunct to traditional psychotherapy. I was raised by alcoholic parents, though like many such children, for years I was consciously unaware that there was anything “wrong” with my home life. Life may have been stressful and tumultuous, but it was up to me to make it better. I accepted the unreasonable challenge of molding the world to my will, and any small / temporary successes I accrued were, of course, to my own great personal credit. There being little else to own, I really owned this aspect of myself. Unbeknownst to me I was building the resume of a survivor - a survivor that carried within her the very same misshapen ideals, the unrealistic expectations, and ultimately the sickness that ravaged the lives of my parents.

As a young woman in my late 20’s, dealing with the end of my marriage, I had a therapist suggest that I join a local Al-Anon group. Bring in sufficient pain at the time to be receptive to her suggestion,I sought out a local meeting and attended a few times. Long story short, I felt incredibly uncomfortable in those meetings, and ultimately decided it just wasn’t for me. Honestly, I felt that I was better than I perceived the unfortunate souls attending those meetings to be. Those people were not my peers! That wasn’t the life I wanted, the experience, or the history I wanted to claim. I was a survivor! Sitting in a room with others pouring out their sad stories, daily traumas, etc just wasn’t for me!

For the next decade I did continue to see individual therapists in my quest to process what had happened, what it meant, and to leave it all behind me.

As my daughter approached her mid-teens she became involved with some school friends that drank and used drugs. Within a fairly short time I found myself unable to explain away her strange behavior, and was confronted with the fact that she was using drugs. I can’t express the great pain that this development evoked in me. I felt simultaneously a great failure as a parent / protector, terribly ashamed as a mother, and given the hereditary characteristics of addiction, also like the cause of this terrible affliction of my daughter’s. At age 14 I had her admitted to the first of what would be 3 rehab programs.

While many rehab programs incorporate elements of the 12 steps, it was the last one - the 3rd - that really placed a strong emphasis on AA. As a parent I was required to attend the parental support groups within the organization itself, as well as outside Al-Anon meetings. I hated all of those meetings, but I went and kept going because I was desperate to save my daughter. I even got a sponsor and started working the steps myself. To say that this process was humbling would be a vast understatement!

But, things then took a turn for the much worse. Faced with the sure consequences of a relapse, my daughter ran away. For 3 weeks she was couch surfing. She had sporadic contacts with a couple of friends within the rehab circle, but I was never able to locate her in real time. Eventually she found refuge with her father, my ex-husband. He refused to release her to me or to re-admit her to rehab. My efforts to rescue her came to a dead stop. There was nothing I could do, except to sit with the feelings of failure, frustration, rage, and helplessness. This was for me “the bottom” that 12-steppers speak of as the turning point in recovery. I finally, really and truly, understood and accepted the fact that there was nothing I could do to change the situation.

Here began my real journey. The Serenity Prayer came to have legitimate meaning in my life at this point. For the first time I was experiencing the utter desolation, the emotional emptiness, the loss of meaning in my own life because of the absence of my daughter; followed by the sure knowledge that I had come to a dead-end in terms of direct action. There was nothing more I could do. I had to let go - I had to accept the reality that there were things I could not change.

From this point I followed the 12 step program with much more intention. I journaled, searched my soul, shared in meetings, and worked with my sponsor. Eventually I was pleased to learn that I was not really different than my fellow sufferers - I was part of a large and supportive community. That to me is one of the keys to the 12 step program. Your relationships are with peers, your models/sponsors are peers and those you help are your peers. This is an inherently liberating and empowering (in a good way) dynamic.

I have also learned and grown a lot through traditional psychotherapy. F. Scott Peck wrote that a therapist’s role is very much like a re-parenting role. I have found this to be true. There is no parity, nor should there be, in the relationship between the therapist and the patient. A great therapist is a nurturing presence, a good listener and a source of wise counsel in the patient’s life. That therapist is out ahead, lighting the way forward. They are not struggling along next to you.

For me both traditional therapy and 12 step programs have contributed equally to my personal growth and evolution. Each provided insights and experiences the other couldn’t.

Thank you so much for taking the time to write this eloquent story of your experience. It is so helpful on so many levels, to people on any side of the equation, and a wonderful education for therapists as well. We would be honored to post this, using your initials only. Thank you very much.

Hats off and many blessings,