Categories: Inspiring Story
Author: Belleruth Naparstek
A 59-yr-old man gets an imagery CD from Blue Shield of California just before his hip replacement surgery, and felt very comforted by it, until the pre-op nurses intruded on him with insensitive comments Hi Belleruth,
I''m a 59 year old guy from San Francisco who just had total right hip replaceent surgery done at St.Mary''s hospital. Through California’s Blue- Blue-Shield guided imagery program, I received your CD for surgery about 10 days before my surgery, and listened to it a few times before the surgery. (I even pressed family members to listen, also.)

While this is hardly scientific evidence, for me the use of the CDs was very helpful, especially to have listened a few times BEFORE hospital. When they rolled me into the OR I wore a headset and was listening to guided imagery. My BP was normal to low - 120/75. Surgery went fine and I didn''t need the unit of blood that I''d donated beforehand. Afterwards I listened to affirmations a couple times while in hospital.

Had I not listened to the CD beforehand at home, doing so in the prep room would not have worked very well. Attendants dressed in blue scrubs, beanies, and booties kept saying "cheerful" things like..."well, I''ve seen people use these headsets before but you are the first man I''ve seen do so"... and from an African-American nurse, "What you listening to?"...to which I couldn''t resist replying..."James Brown''s ''I feel good''". My point is that none of these pre-op exchanges led me to the comfort and safety of the images I’d been given on the CD. The comments were intrusive and disruptive, in fact.

Anyway, I thought you''d like to get feedback. I really appreciated your work and believe it helped speed my recovery. In two days, I see the orthopedist for my one-month follow-up visit, and we''ll have objective evidence, but for now, based on my ability to move without pain, I believe I''m making rapid progress.

Thank you very much and keep up the good work,
Stephen S.
← Previous Next → 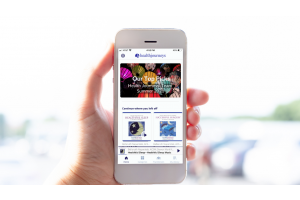