A Friend’s Challenge to His Doc: Can You Be a Physician Rather Than a Technician? 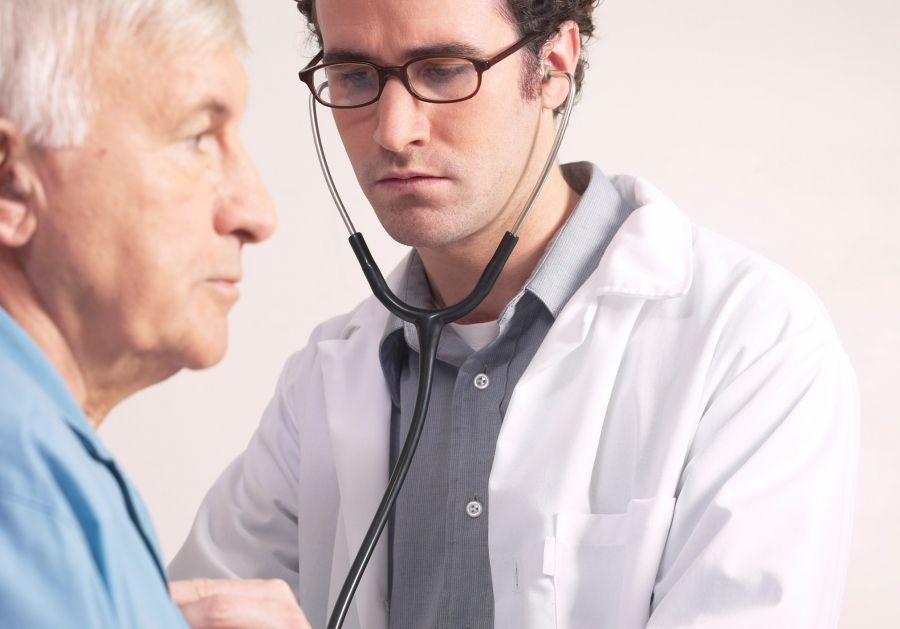 My friend Doug told his doctor about his disappointment with their last visit, when this physician never looked him in the eye….

An old friend, Dr. Douglas Canterbury-Counts, a psychologist and minister with a very big heart, just ordered our Relieve Stress guided imagery for one of his doctors.

“... I have been a pain in his butt for 3 years now, challenging him to be a physician rather than a technician.

“I told him about my disappointment in our last appointment, when he never looked me in the eye. I felt like a cog on his money-making conveyor belt. To his credit he listened, once he got past defending himself.

“He sat with me for 20 minutes, near tears, saying how much he hates the business of medicine. This week it was high distress from the installation of medical records software for his office. He resents the government forcing him to do this.

“He's actually a good guy, but he thinks he has to rush as many people through as he can. I gave him the old Hopi line that "there is exactly enough time today to do what I must do". He dismissed that as idealistic crap.

“When I suggested he might have to accept making less money as the price for a balanced life, where he could actually enjoy his work, his response was that he has to make us much as he can, so he can retire early, because he hates his job.

“So I’ll just give him the Stress CD and offer what I do - presence and unconditional love. He got a taste of another way to work. This is my calling – not something I’ll ever retire from. “

Now I, on the other hand, had a conversation with one of my docs this past week, which was the mirror opposite, but made the same point.

This was a buoyant, high energy osteopathic physician, whose job it is to relieve patients’ chronic pain through his own, hands-on, musculo-skeletal manipulation, acupressure, positional release and strain-counter-strain work, yoga stretches, traction, cranio-sacral therapy, zero-balancing, and a host of other techniques I mostly recognized.

The results were pretty miraculous. I walked out of my first session with him – no pills, no shots, not surgical procedures - with my back straighter than it had been in years, and pain free. I figured it would last a few days. Instead, it lasted months, ‘til some new injuries sent me back to see him again.

I commented on how fresh and energized he seemed, even though I had to be his last appointment of the day. I mean, this guy doesn’t walk – he bounces. And his face beams light. It’s a trip just to be in the room with him.

He said he was one of the few docs he knew who was doing exactly what he wrote on his “Why-I-Want-To-Be-A-Doctor” essay in first year of medical school. He was alleviating suffering with his own hands, and teaching his patients how to maintain their health and wellness themselves.

Unlike when his job was Family Medicine Provider, and he was prescribing pills and checking the boxes in 15 minute visits, he is now doing what he loves, visibly helping his patients, and feeling happy and fulfilled. He looks it, and it’s contagious.

So, how can more docs get trained to do what he does, and paid by insurance to do it? One health system figured it out. Can others?