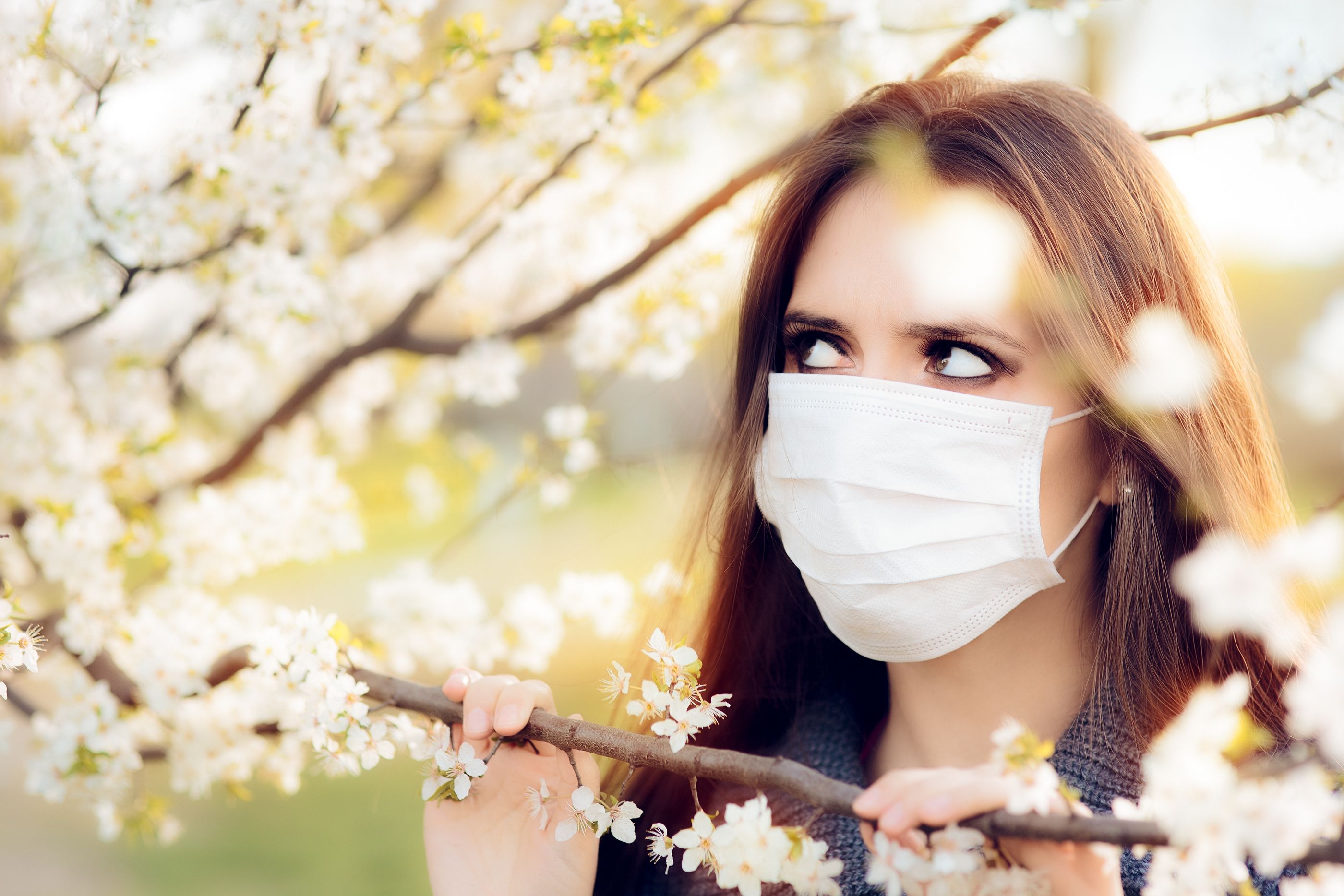 If you think of allergies (seasonal ones like mold or grasses) like PTSD, your body is reacting to something which is not a threat as if it is a threat.  Can hypnotherapy allow your body to realize this and stop overreacting?

Yes, actually an allergic reaction is a lot simpler to talk about or deal with than any symptoms in the complex category of post traumatic stress.

It has been shown in numerous studies that hypnosis can reduce and sometimes even prevent an allergic reaction - sometimes even a severe, anaphylactic one - in a significant percentage of people. All of this sort of thing comes under the category of autoimmune responses.

One of the better known studies, oft quoted, as I do myself in my book, Staying Well with Guided Imagery, was by Drs. Ikemi and Nakagawa at Yokohama City University School of Medicine in Japan, which showed that 84% of their subjects had none of the usual histamine responses to poison ivy (itching, swelling, redness, blisters) when, under hypnosis, they were given to believe they were being touched by a harmless plant; and the reverse was also in play: a large percentage of subjects broke out into a blistery rash when told, under hypnosis, that the harmless plant touching their skin was poison ivy.

So the odds are pretty good that it can be a help at remediating at least some of the severity or duration of an allergic reaction. I recommend you try either Carol Ginandes¹ hypnosis audio program, Relieve Allergy, Reduce Reactivity; or my guided imagery to Reduce & Control Allergies.

I hope this helps.