Researchers from Stanford University, the University of New Mexico and New York University conducted a randomized, controlled trial to evaluate 6-month outcomes from a skills-based intervention designed to reduce symptoms of posttraumatic stress disorder, anxiety, and depression in mothers of preterm infants.

Outcome measures included the Davidson Trauma Scale, the Beck Depression Inventory II, and the Beck Anxiety Inventory. Participants were assessed at baseline, 4 to 5 weeks after birth, and 6 months after the birth of the premature infant.

The investigators concluded that a brief, 6-session intervention, based on principles of trauma-focused cognitive behavior therapy, was effective at reducing symptoms of trauma, anxiety, and depression in mothers of preterm infants. Mothers showed increased benefits at the 6-month follow-up, suggesting that they continued to make use of techniques acquired during the intervention phase. There was no added benefit from providing 3 additional sessions beyond the 6-week course. 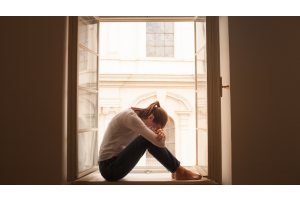