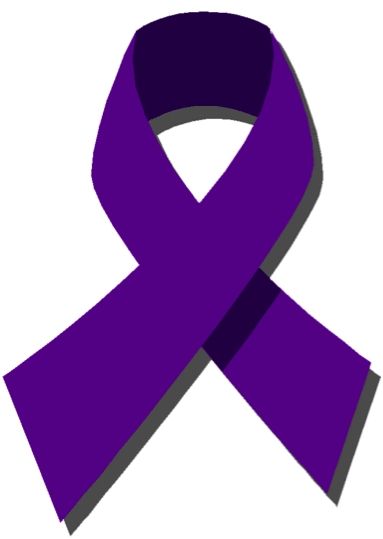 In my 20 years of police reporting, I have seen a lion's share of domestic violence reports, and in every one, I feel the pain, fear and despair that could not be written in the allotted space. Police reports are often the culmination of stories that span decades of abuse.

Police officers and emergency medical and health care workers respond to these crises every day and go over and above the call of duty. Police, who are usually first on the scene, do what they can to assist the victims, sort out the facts, make temporary provisions for children and pets and arrest the perpetrators, but it doesn't end there, or in the courts or the prisons.

It's sad that these reports represent the tip of an iceberg, that for every incident that is reported, there are numerous incidents that are not reported and for every name listed in a report, there are countless others affected. The repeat calls to the same addresses, often involving charges for violating protection orders, menacing and stalking, are particularly troubling, indicating the problem is complicated and extends far beyond the legal disposition of cases.

If I had to name only a few threads of truth I've seen woven through these years of reports, I would say the first is that domestic violence affects everyone, even if you are not abused. It affects us directly and indirectly. There is a good chance that someone you know is a victim of domestic violence and afraid to tell you about it. Maybe they don't want to involve you in their misery, or put you in danger or lose your respect.

Domestic violence exhausts our first response systems and burdens courts and corrections facilities. According to the Corporate Alliance to end Partner Violence, the cost of domestic violence to the U.S. economy is more than $8.3 billion in medical care, mental health services and lost productivity.

Another truth I've seen is that there is no typical victim or abuser. Domestic violence cuts across all demographic and socio-economic lines. It occurs in affluent homes and public housing complexes, behind white picket fences and manicured lawns, in cars, hotel rooms and public places.

It occurs among married, divorced, co-habitating, co-parenting, heterosexual and homosexual couples, families of all types and sizes and people of all ages. A disturbing trend is the increase in the number of juveniles charged with domestic violence for assaulting siblings, parents and grandparents.

According to the CDC's 2010 National Intimate Partner and Sexual Violence Survey, one in three women and one in four men have experienced rape, physical violence and/or stalking by an intimate partner. One in four women and one in seven men reported experiencing extreme physical violence (being punched, beaten with an object, stabbed or shot) by an intimate partner. Domestic violence is the leading cause of injury among women.

Perhaps the most important thing I can convey is that there is help available, that the situation is not hopeless and that you don't have to endure abuse or wait until you face a crisis requiring a 911 call. If you or someone you know is involved in a relationship that feels abusive, begin by breaking the silence. Reach out—to ask for help or offer it. Here are some places to start:

To search for help in your language and nearest to you, go to Domestic Shelters.org.

Consult Belleruth's blog post Tips & Tools to Counter Domestic Violence for expert advice and resources to help you or someone you love.

Get involved. Volunteer, donate, join celebrities, athletes, corporate leaders and other advocates and find out how you can help, contact the National Coalition Against Domestic Violence, www.ncadv.org.

"The truth is that domestic violence and violence against women touches many of us. It is protected by silence—everyone's silence"—Sir Patrick Stewart, on behalf of the Ring the Bell campaign.