During Alcohol Awareness Month the Focus is on Prevention, Treatment and Recovery 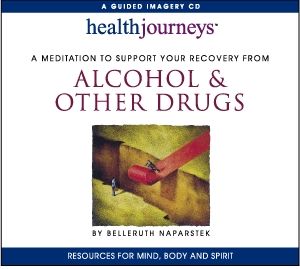 We see daily news reports of alcohol-related accidents and deaths, many of them involving underage drinking. As a police reporter for two decades, I saw that a large number of incidents that required police action (and some that had tragic consequences) could have been avoided, had alcohol use not been a factor.

This April marks the 29th annual Alcohol Awareness Month, and the National Council on Alcoholism and Drug Dependence (NCADD) theme, For the Health of It: Early Education on Alcoholism and Addiction, seeks to raise awareness that alcohol consumption starts early and it has a particularly deleterious effect on underage drinkers and the people around them.

"Underage drinking is a complex issue, one that can only be solved through a sustained and cooperative effort. As a nation, we need to wake up to the reality that for some, alcoholism and addiction develop at a young age and that intervention, treatment, and recovery support are essential for them and their families. We can't afford to wait any longer."-- Andrew Pucher, President/CEO of NCADD

We know that drinking too much causes us to do and say things we might later regret. Consider the case of a 19-year-old college student, whose sober, rational brain made him arrange for his sister to be a designated driver on the night he attended a kegger. When his sister was stopped for speeding on the way home, his rational brain was not in attendance, and he asked the officer, "Dude, how wasted am I?" before stumbling out of the car and relieving himself on the wheels of the police cruiser.

He was charged with underage drinking, disorderly conduct, public indecency and criminal damaging of government property. The moral of this story is simple, but there are many things about alcohol abuse that come as a surprise, and that's what puts the awareness in Alcohol Awareness Month. 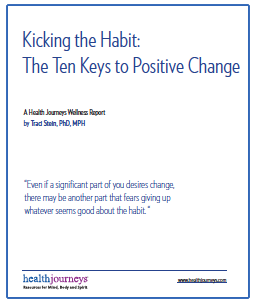 Consider the following from NCADD:

You might also be surprised to learn more about drinking and driving, and find out just how much alcohol it takes to impair judgment and coordination. Not much, so if you're planning to drive, try replacing your alcoholic drink with a tall cola or mineral water, with lots of ice and limes or indulge in a dessert drink without the alcohol. These can be quite tasty and if you avoid sugar most of the time, they are downright guilty pleasures you can savor. You probably won't miss the alcohol.

To learn about an innovative intervention for addiction, read BR's blog post Qigong Helps With Addiction, Especially with Women.

During Alcohol Awareness Month, we at Health Journeys encourage you to seek help for addiction if you need it or find a way to reach out on a national or local level to help others. In the words of NCADD, "Addiction can be diagnosed, treatment is available, recovery brings joy."