What Can This Ebola-Fighting U.S. Soldier Do to Protect Himself against PTSD? 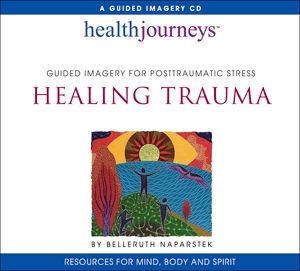 I'm a psychologist specializing in PTSD. A client's husband has just received orders to go to Liberia to work on the Ebola crisis. Do you know of or could you develop any imagery that could help prevent PTSD in such health workers who will likely witness scenes of horror that may haunt them in the future? Thanks! It's okay to post this.

Thank you for the question.

The good news, if you can call it that, is that you don't need guided imagery specific to the Ebola crisis to help remediate the acquisition of PTS. Horror is horror, and in spite of the vast array of catalysts that can generate posttraumatic stress (criminal violence, war, natural disasters, motor vehicle accidents, health emergencies, family violence, etc), the symptoms are more or less the same.

For that reason, he may want to listen to our Healing Trauma guided imagery before he ships out. If he gets used to listening to it and responding to it in the peace and safety of his home, maybe once or twice a day for a couple weeks, he can then listen to it when he's in Liberia and get that comfort again.

But there are other things that can and will offer him some protection.

One thing to keep in mind is that, because he'll be doing proactive things to help improve the situation, help save lives, keep families safe, do some good and make a difference, he's got some significant protection from PTS right there - as long as he feels he's having some positive effect. Generally, it's feeling helpless and feeling morally compromised by horrible choices that leads to deep trouble.

That's not to say he won't be haunted by terrible images of devastation and suffering. He probably will. But remember, that's not the same as having posttraumatic stress, and those images can fade over time. Normally that's what they do. (PTSD, as you know, is when they don't.)

And don't forget, he'll also be seeing significant heroism and altruism, bravery and compassion, too. That will help hugely. He needs to focus on that.

Being part of a cohesive team will help as well. (We know all this from studies of veterans of World War II, among other things).

Another thing: on a neurophysiological level, it's those big biochemical swings from alarm state neurohormones to zonked out, sedating natural opioids that add up to the physical manifestation of PTS - that's what produces the hyperaroused terror, rage, flashbacks and hypervigilance on the one hand, and the isolation, detachment, emotional flatness and that absent, thousand yard stare on the other. He can get a big jump on all that by learning a practice that by definition regulates and rebalances his mood and biochemistry.

And that can be any number of things: guided imagery, meditation, a breathwork practice, yoga, qigong, Reiki, acupoint pressure, some tapping therapies... there's a nice variety of practices that will achieve this. He just needs to pick one that appeals to him and get good at it. It shouldn't take more than a couple weeks of practice, once or twice a day - so that when he's over there and starts getting distressed and hyperaroused, he can deploy his technique and bring himself back into balance.

He may also want to talk to his physician about the wisdom of bringing along some beta blockers (propranolol) as a possible PTS prevention measure. These meds work well for many firefighters and EMT workers in lowering reactivity to an imminent, potentially traumatizing event, and providing a barrier to those monster neurohormone swings. Without those big biochemical swings, you have less symptoms of PTS – or none. The encouraging research keeps piling up on this tactic, and it's worth looking into.

Wishing him the best, and please thank him for his service!