Is Graceful Aging Even Possible? Here’s What the Bodacious *Nancy Aronie* Has to Say about That… 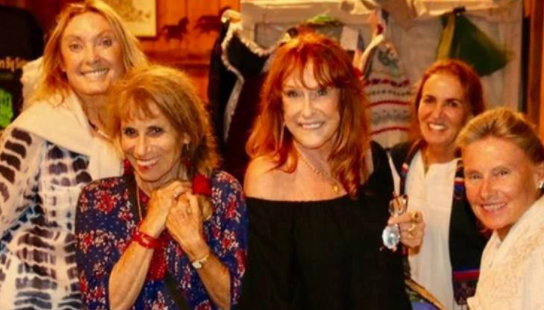 Behold some girlfriends appreciating each other. Just so you know, the fabulous dame in the middle is a yoga instructor named Bonnie Menton, and she’s well over 100 years old. Which leads me to our quest. Stay with me here:

For some time now, we’ve been asking talented friends and colleagues if they’d consider taking a crack at creating some guided imagery for aging – a topic that generates a lot of requests from our readers in the over 50 age group.

This audio could be called any number of things:

Interestingly, we’ve yet to have any real takers. People have a hard time wrapping their heads around it for themselves, let alone for others. Between the realities of illness, disability or just a loss of peak capacity; and the terrible messages our culture sends us nonstop, about the magic of youth and the horrors of aging… not to mention the terrors of dying – it’s hard to see what’s to like about it. I may have to write this one myself. I may even have to record it in my clunky, aging voice!! :) (Abby’s suggestion!)

In any case, here’s my friend, Nancy Aronie, the iconic founder of the Chilmark Writer’s Workshop on Martha’s Vineyard and author of Writing from the Heart: Tapping the Power of Your Inner Voice, talking about her own reactions to getting older with her usual forthrightness and candor. I think it’s a great introduction to a whole, thoughtful conversation....BR

When I was eighteen, I had water on the knee and ended up having a tendon transplant during my freshman year of college. The campus police had to drive me to classes. I had crutches and hobbled around, but of course eventually I healed and was as good as new.

When I was forty-six, I had a hiatal hernia that took me down for a year. It felt like I had a truck on my chest and a piece of meat stuck in my throat.  I took all kinds of supplements, had an endoscopy, tried acupuncture and chiropractic, and eventually I was as good as new.

When I was in my fifties, a deck collapsed from under me, and I broke my wrist. The doctor described my injury like this: “Take a cookie, grind your heel into it - that's the kind of break you have.” My wrist healed completely. It was as if it had never happened. I was as good as new.

Which brings me to the present... and why the words “as good as new” will not be tripping off my tongue any time soon. Or maybe ever.

I am older than many of my friends, and I'm beginning to think of myself as a mentor - a guide, if you will, for what they can expect down the road. It’s a big responsibility. And I am taking it quite seriously.

The thing is, I don't want to scare them, but I also must be honest.  I see them unself-consciously jump out of a chair and gracefully lower themselves back into it. There is no jumping for me anymore, and nothing is graceful. I actually have to fall into a chair. And push off to get up.

The thing is, this loss should have been incremental. It should have happened gradually . But that’s not how it worked for me. I can tell you exactly when I was able to physically do anything, (maybe a bit slower, maybe a bit crankier) but there was no “I can’t do that anymore.”

It happened at Menemsha beach on Martha’s Vineyard last September. I couldn't get out of the water. I literally couldn’t get up and out of the ocean. I waited for a wave (such as they are on that beach – not much) to assist. I was right at the edge and even though there's only a slight upgrade and all those little pebbles, I had to crawl out on my hands and knees. Luckily I don't embarrass easily. Besides, I was too blown away that this had happened to worry about people watching.

That was the beginning of my saying to my husband and to myself, “This isn’t going to get better. This is actually going to get worse.”

My friend Belleruth said, after reconstructive hip surgery, that her doctor wasn't kidding when he told her how long it would take to coax her former tush and IT band muscles to switch out their long-held identity and become hip abductors. She’s taken to talking to them, saying, “Come on guys, you're abductors now. It’s a great and fulfilling job. You're gonna love it.”

So recently when I was repeating my mantra of “OMG, I'll never be as good as new again”, I realized that the game now is to maintain... just not lose any more ground.

But how? Chat up my aging bones? Pep-talk my weary muscles?

And then I remembered a few years ago, when I was teaching my Writing from the Heart workshop at Kripalu, a yoga retreat center in Lenox MA, and in the faculty lounge, I met a yoga teacher who had gorgeous posture, walked briskly in little high heels, and held herself erect with such ease and grace. Her name was Tao Porchon-Lynch and she was… drum roll please….101!

How is this even possible, I remember thinking. One hundred and one? Excuse me???? She had so much energy, I could barely keep up with her. Because we had the same teaching schedule, we started hanging out together, and by the time our workshops were over, I had made a secret vow that I would go back to yoga.

Yes, go back. The fact is, years ago for a short time I had had a yoga practice with the brilliant Bonnie Menton.  I even have a photo of me in an impressive pretzel-like pose. Unfortunately, some personal stuff had me distracted, and I ended up abandoning the very thing that I needed the most. But that was years ago and the vow I took with Tao turned into nothing more than a fantasy.

Last week I took a walk I have taken for decades and every step was a huge effort. I came home and said, that’s it. I’m calling Bon.

I’ve made peace with the fact that I will not ever be as good as new (physically), but my joy isn’t being diminished. That gets points. I can still come up with answers (using the alphabet as the stimulant). I don’t need a nap midday. So let’s just redefine that hackneyed phrase, “Good as new”.

How about “Good as old”?

I just walked 2.7 miles effortlessly! So forget everything I said. I may not be as good as new….  but I’m good.

I know I’ve said I burned my marshmallow stick, but I didn't tell you that I had one to spare. It's not as pointy, and it’s not as long, but it's there. 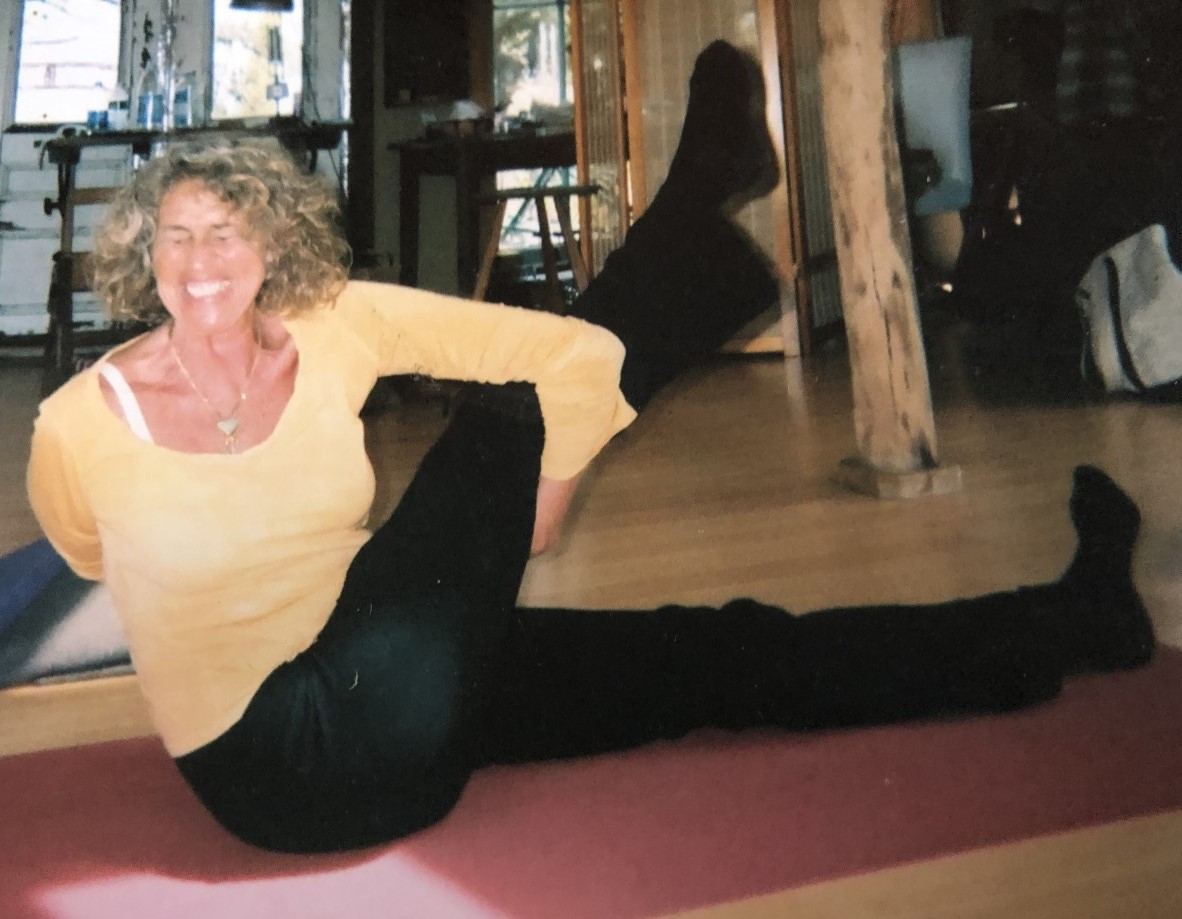 Nancy Slonim Aronie is the author of Writing from the Heart: Tapping the Power of Your Inner Voice and the founder of The Chilmark Writer's Workshop on Martha’s Vineyard