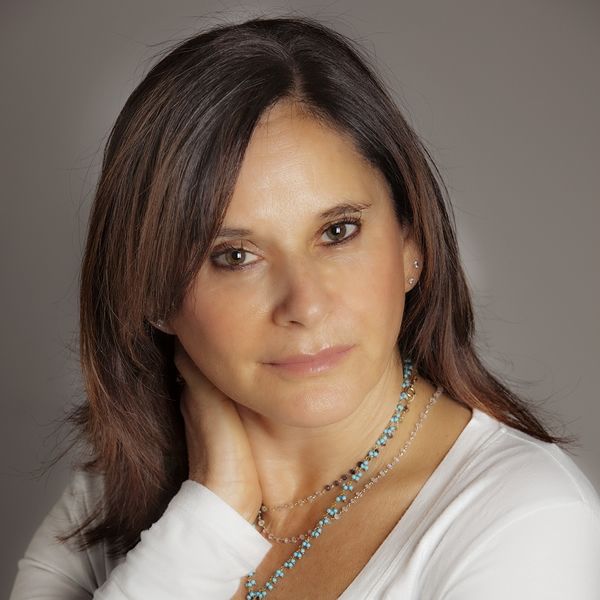 Harriette Rovner-Ferguson, LCSW, is a gifted psychotherapist with a private practice in Smithtown, NY, where one of her specialty areas is fertility. In fact, she's been treating patients trying to get themselves pregnant for over 20 years now. Harriette was one of the clinical experts who provided input to Belleruth when she was writing the narrative for her Help with Fertility guided imagery audio program.

Here, Harriet recounts how guided imagery helped one of her clients recalibrate her attitude and sense of self after struggling with a sense of failure that was threatening to take over her whole identity. Some of the identifying details have been changed to protect this client's privacy.

She walked into my office and sat on the couch staring at me with the largest, brightest blue eyes I had ever seen. She was only 30 years old, but her face had the strain of someone much older.

I commented on her beautiful eyes and she told me that when she looked in the mirror now, she hardly noticed them. Rather she didn't recognize the image that stared back at her. What is happening to me? she asked. Please help me.

Her name was Robin and she felt like her life had been put on hold. She was trying to have a child for the past three years and had feelings of guilt, self-blame and inadequacy.

She had tried so hard to create a good life for herself, one that stabilized her identity and well-being, but now the inability to have a child had generated an unanticipated life crisis - one that strains the hardiest of coping skills, even in the most resilient people.

There were times when the fertility problems seemed to seep into her being and take away parts of herself. I knew that, if left unchecked, her fertility issues could become all that she currently was. I knew I needed to help her see that she was so much more than biopsies, blood tests, surgeries, drugs, injections and the emotions that were taking over her life – all the feelings of humiliation, depression, anxiety and FEAR.

She, like the hundreds of others I see in my practice, was allowing fertility to become an obsession. She had gotten so involved on a daily basis with her treatment, she could think of nothing else but trying to have a child. This is often what happens to the one out of every six couples in America who face fertility challenges.

Luckily, I had met a woman years ago, when she asked me for my professional input while she was developing an amazing tool for this population. I have since had the privilege of recommending Belleruth Naparstek's guided imageries, meditations and affirmations to my clients - clients like Robin, who couldn't find a break in their thoughts, who needed to change the channel, take a time out and just be, just listen and just breathe.

So, I gave Robin the Health Journeys website address and told her listening to the CD was her assignment for the week. She was to listen every day, without failure, no excuses, period. She balked at first and asked me how on earth could she find the time, between her work, her husband, her family, her friends, her doctors' appointments and phone calls.

I told her I believed she could, even if it was just before bed or when she came home from her teaching job. Give it 20 minutes a day, I said. I promise you it will help.

She came back the next week looking better. What changed, I asked her?

I hate to admit it but you were right, she said. That Health Journey's tape really helps me.

I listened to the affirmations and I began challenging all my negative thoughts. I had no idea how most of my thoughts were so unbelievably negative. I think I thought that they were real and true. So instead of thinking this will never work, I'm now feeling more positive.

With the help of daily listening to her CDs and the work that we did in my office, Robin slowly began to reclaim herself. Piece by piece, she began to experience the richness of her life. She was a painter who had finally picked up her brushes again. She was a sister who reunited with her pregnant sibling, and could acknowledge that she was jealous but excited for the birth of her niece or nephew.

For the first time, she was able to acknowledge that she was having fertility issues but was not defined by them. And by embracing her experiences, her own courage, her tenacity, pain, loss, regrets and victories, she no longer used the word "infertile" to define her identity. That was only one aspect of the woman she was, one struggle in a life filled with successes.

I formed an unspoken partnership with Health Journeys to create a team approach for Robin's treatment and all of my other clients. While clients were in my office only 50 minutes a week, they were with Belleruth every day, getting support, comfort, compassion and respect.

They were also hearing suggestions that they could make it through the crisis. They could stop their obsession and live their life in the "in between" time of treatments, on their own terms, on their way to building a family of their choice.

No matter what option they choose, they now have the tools they need to move forward with living in the moment - not in the future or in the past, but in each, very precious moment.

As for Robin, she became pregnant less than two years later. After much discussion and more visits to even more doctors, she and her husband decided to use donor eggs to create their family.

The pregnancy is going well and she's due in June. In fact, she's moved on to listening to Belleruth's meditation for pregnancy CD. She told me that Belleruth's voice is so familiar to her now that all she has to do is hear the opening phrases and her anxiety drops and her mind quiets down, enabling her to enjoy those precious moments.

Harriette Rovner-Ferguson LCSW co-owns a group private practice in Smithtown, NY, where one of her specialty areas is fertility. She is co-author of Experiencing Infertility (W.W. Norton, 2000).