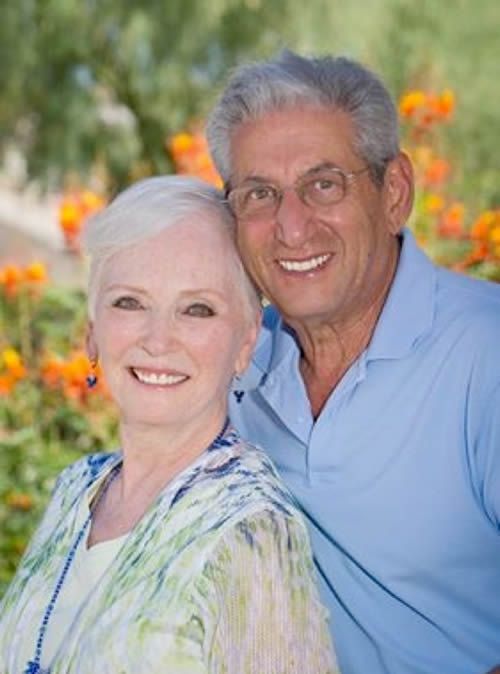 My kind of breast cancer was Paget's Disease. Only 4% of breast cancer is that. It took my going to three doctors 'til the third one recognized that it was a problem and not just a sore nipple. Dr. Malgieri of Hillcrest Clinic knew what it was. This was February of 2003, when I was still living in Cleveland.

After months of being upset because no one believed me, I was at a fairly anxious state.

The surgery went easily. They removed the nipple and whole area around it, then checked the lymph nodes and all was well there.

Radiation was indicated. I always needed my husband Jay with me for a scary procedure. I was fearful and anxious of being alone in the room. He wasn't allowed in the room with me. So I had a brilliant idea – I knew about Belleruth's Radiation tape!

I emailed or called Belleruth, don't remember which. She asked if I wanted the tape or if I wanted her to come with me (for which I will always be grateful). I told her the tape was fine. Read More here

I tend to be claustrophobic in a situation like that, and from the first treatment to the 28th, I listened to her calm, soothing, wonderful voice relaxing me, and envisioned the sun healing me in that room where the lights were darkened and then very bright. I was able to have the radiation in a calm way.

Every morning for 28 days, I went for radiation at 7:30 am and then directly to work, just took a little nappie in the afternoon.

I am often embarrassed to tell another survivor that I also had breast cancer, because it was so easy for me - Tamoxifen for 5 years, a check-up semi-annually, and that was it.

I had amazing support from Jay. He was incredible. All three of my daughters were with us at the hospital the entire day of the surgery.

Here's a side story: two of my daughters went with Jay and me to the consultation with the doc before surgery. He asked if I wanted him to do reconstructive surgery and create a nipple, taking skin from my stomach or somewhere.

Both girls simultaneously put up their hands and said. "I'll donate my stomach skin". J

I did not do it. It's my badge of honor and my husband loves both breasts equally.