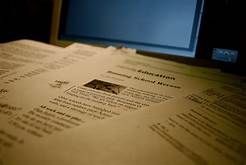 For nearly 25 years, ever since my son built me a Health Journeys website as a birthday present in 1995, I’ve been searching the databases for new research on guided imagery – usually on a weekly basis.

At first it was a real fool’s errand, because there was so little there.

Maybe every month or two I’d find a pilot study with 15 subjects that came to some aspirational but iffy conclusions; or an investigation so poorly designed, the outcomes were meaningless; or a qualitative report of a success story with one patient that was clinically interesting, but proved nothing.

So for years, often the best I could do was to find some stress studies and report on those.

Things started to change by the early 2000’s, when randomized clinical trials started showing the benefits of using guided imagery for help with various medical procedures, such as surgery, MRI’s, dialysis, ventilator weaning, radiological interventions for coronary artery disease, and needle sticks with kids in the E.R. The connection between guided imagery and reducing patient anxiety was fairly straightforward.

Later still there were bigger gains, especially when functional MRI’s showed nerve cells firing as people imagined their muscles moving, and blood and saliva assays revealed a short term up-regulation of immune function as people imagined their bodies fighting disease. There was clear impact in rehab, recovery from injury, and neurodegenative disorders like Parkinson’s and Stroke.

Nowadays you can even find systematic reviews and meta-analyses of guided imagery studies, indicating there are now enough studies to study the studies – very good news.

So I stayed pretty informed, or so I thought.

Then, just this year, I was rooting around in pubmed to prepare for a talk I’ll be giving on the unique, cross-cultural power of guided imagery to reduce anxiety (at the Integrative Mental Health Conference in San Francisco on April 17).

This hardwired power is rooted in our basic human development, and in the way we resolve that Great Mother of All Anxiety, separation anxiety, starting in our fraught toddlerhood.

This is basic, nuts and bolts psychology, and the short form goes like this: as young squeezers, we go from having to have Momma herself (or the Momma substitute – the caretaker we depend on -) to hanging onto a symbol of Momma (the blankie, the binky, the teddy, the thumb…), to incorporating internal images of Momma, so we can carry her protective magic around with us, all the time, on the inside.

So I went searching for studies on imagery and attachment, imagery and toddler separation anxiety, stuff like that, just to make sure I hadn’t missed something. I really didn’t think I’d missed anything, because I’d been checking diligently – as I said, for 25 years.

So, imagine my surprise when I found a substantial, isolated, siloed cache of studies I’d never seen before, under a term I never heard of before: attachment security priming.

As defined by Gillath and Karantzas in their newly published systematic review of 20 quantitative articles on this, attachment security priming consists of exposing people to stimuli designed to evoke a sense of love, comfort and safety.

The stimuli can be from showing people words that evoke a sense of love and safety, or pictures that do the same; or having people recall memories or imagine scenarios of being loved and supported.

The investigators conclude thusly: “..as a collective set of studies, the findings speak to the effectiveness of a specific kind of security priming – guided imagery or visualization of a security enhancing interaction.”

It was the guided imagery priming that was associated with improved sense of well-being, less negative and more positive affect, reduced prejudice and hostility, less depression, and an enhanced ability to self-regulate mood.

So, how about that?

I’m left wondering how on earth I missed this whole area of study that revealed such a treasure trove of validation for everything I knew in my bones to be true. It’s as shocking as it is gratifying.