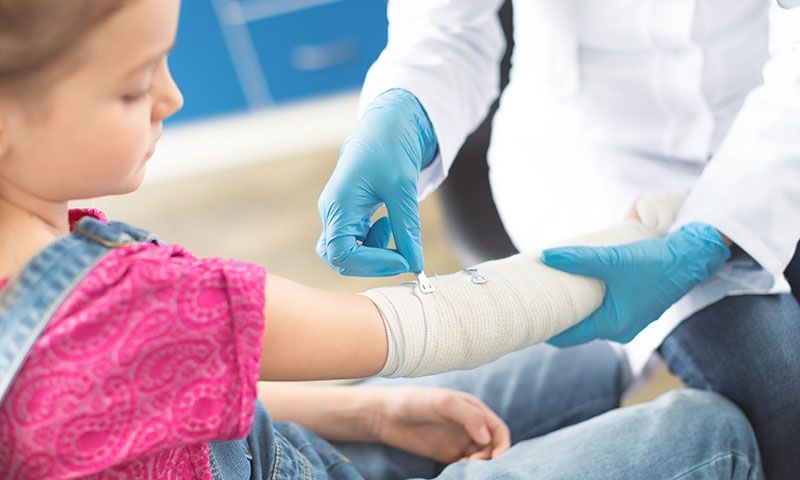 Emmett Miller MD is one of the truest, earliest, and brilliantest pioneers of guided imagery, ever. (He’s also a really, really nice guy, and one of the most relaxed, gentle, laid back humans I know – in other words, the guy really walks his talk.)

He began using and adapting guided imagery and hypnosis in ingenious ways before anyone else, for a variety of emotional and physical concerns. Even his beginning forays into recording his work still hold up to this day, with a medical accuracy and psychological sophistication that remains forever spot on.

We were able to cajole him into sharing some of his stories with you. So expect the treat of hearing a lot more from him. In this opening blog, he talks about his first experience with guided imagery – on a terrified little girl in the ER. Check it out. BR

It was late at night when two terrified parents delivered their seven-year-old daughter to me at the emergency room. She had a large gash above her right eye that was bleeding profusely.

There I was, a relatively new doc, with a troubling decision to make. This trembling little girl was too scared to let me come towards her with a syringe loaded with Xylocaine to numb the area, and I didn’t want to subject her to the unpleasant and dangerous experience of general anesthesia.

It was then that I decided to try to use, for my very first time, a technique of “hypno-anesthesia”, something I had just learned about from an audio tape. Speaking softly, I guided her into a trance by having her visualize her favorite television show. You’ll know how long ago this was when I tell you she chose The Beverly Hillbillies.

She quickly moved into a deep state of relaxation, and I was able to repair the eye while she peacefully watched her TV show in her mind’s eye, feeling not an ounce of pain or fear.

For the first time, I really began to appreciate the power we have, through guided imagery, to block even the sensation of acute pain. It came to me in a flash at that moment, that having access to this level of the mind could also allow us to manage the pain of sadness, or anger, or anxiety, or jealousy. It was an epiphany.

Free from those distractions, and in a state of deep relaxation, we could relieve much of the stress and suffering that interfere with our lives. I intuited the impact this could have on illness, emotional distress, addiction, relationship problems and behavioral disorders.

At that moment, I realized I had found a key to reprogramming the brain. I was ecstatic. This was the access to mind-body healing I’d been looking for.

Over the next 45 years of clinical practice, I had hundreds of one-on-one experiences using the power of guided imagery to help my patients free themselves of chronic pain.

Thousands more have used these mind-body techniques through working with my audio programs. In upcoming blogs, I’ll be sharing more with you about the astounding discoveries that have allowed me the privilege of doing my part in helping bring mind-body medicine into the new millennium. So stay tuned; I’ll be back.