"We are tickled pink to announce our new partnership with Hay House, which will be taking over direct-to-consumer sales with its robust worldwide reach. Please give us a week or two to adapt our product and consumer pages. Health Journeys will continue building customized apps and streaming pages for hospitals, universities, health plans, Military/Veteran organizations, and corporate wellness departments. Website service to our institutional clients continues uninterrupted. Stay tuned for more information soon. And Happy New Year!"

How Can He Focus Better on His Guided Imagery… or Is that the Wrong Question? 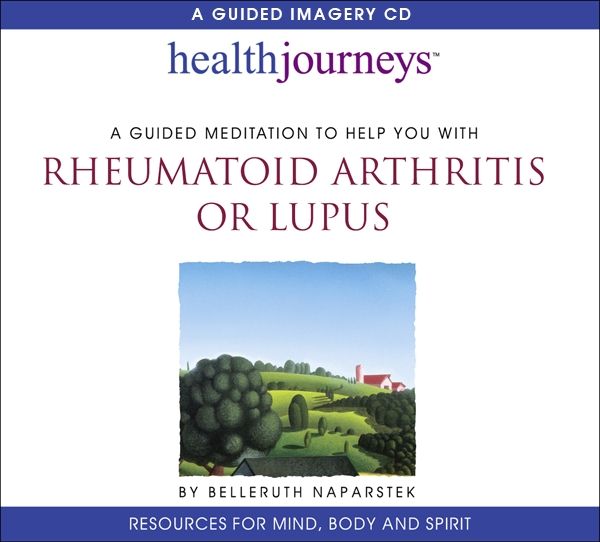 I have a new client who was diagnosed with an autoimmune condition about 10 years ago. He's determined not to let his disease own him and is doing everything to beat it. He decided to add Meditative Massage to his regimen of therapies. [Ed. Note:This is a program where the client's choice of a Health Journeys guided imagery audio is played during the massage – in this case he chose the guided imagery to help with Rheumatoid Arthritis.

While as much as he liked the topic, he admitted to having trouble focusing until it was almost over. We'll be working together soon and I'd like to help him get more out of his session next time. What would you suggest?

As always, thank you for all that you do.

I guess first off, I would reassure him that he doesn't have to focus on the narrative content for the imagery to have a positive impact.

Even without the deeply immersive, relaxing nature of the therapeutic massage you're providing, the voice tone and music of the imagery itself would also be encouraging him to go into a deeply relaxed state, where cognitive focus is supposed to get pretty iffy.

With repeated listening, the content gets through, and he does not have to be paying attention for the imagery to work - in fact, he could fall asleep, and it would still make a dent (- some would argue, an even better dent, because in the delta state, brain waves are even slower and therefore more receptive).

Secondly, you might want to alternate the arthritis imagery with General Wellness, just to see if that's easier for him to listen to, or provides a different kind of experience when the guided imagery is not so focused on his condition, but more general in nature.

Thirdly, I want to mention something I discuss in more depth in Staying Well with Guided Imagery, which is that sometimes you find a match between the behavior of the cells with a certain kind of disease and the behavior or attitudes of the person.

So maybe those driven, overly striving, out-of-balance immune cells that are pounding on the body's own tissue are a mirror for this fellow's driven, overly striving need to try harder and get it right – when in actuality, the best thing for him to do, to get the most out the imagery, for the behavior of his cells and for his general behavior and approach, is learn to relax, let go, and quit trying so hard. I'm not saying this is a given, but it's a worthy hypothesis to entertain, because often there's some truth in this..

I hope this helps! Best wishes to you and your wonderful work, as always.