Imagery helps woman with phobias about needles and blood.

Categories: Inspiring Story
Author: Belleruth Naparstek
A woman with phobias about needles and blood, must see her dermatologist regularly for the surgical removal of skin cancer lesions, and she finds she can allay her fears with a little "trip" to the beach.. I would like to share a recent experience which happened to me just prior to a skin cancer procedure at my doctor''s office. I was about to lay down (stomach-down) on the examining table, so my primary care physician could remove a small area on my back. I have a terribly strong phobia about needles & blood. But suddenly I was visualizing being on a tropical beach. I felt as I was actually there, breathing the breezy salt air, feeling the warmth of the sun against my skin & I could even hear the ocean''s waves crashing softly!

My doctor did not know what was wrong with me, as he was trying to talk to me about some dumb topic (a magazine) to get my attention, and I guess I was completely absorbed by my beach scene, and was completely unresponsive. I do believe he could have done anything he needed to do, without any pain-deadening needles to me at this point!!!

Well, anyway, he began telling me step by step what he was doing to my back, using seven needles, one at a time, & that''s when I came completely out of this visualization & had to beg him to stop talking about the needles, because I was having a mild anxiety attack (light sweating, dizziness, claustrophobic feeling, short of breath, tenses muscles and nausea.)

He stopped. I took a few moments to gather my wits, and after a few minutes was able to get back to the "beach". I had no idea that visualization could be so powerful, & it was awesome!!! I am going to do this from now on, as a regular part of my office visits, to promote calmness prior to skin cancer surgeries, as I suffer with both basal & squamous cell skin cancers, & have been undergoing regular surgeries for many years. 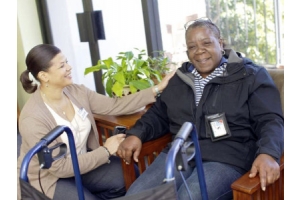