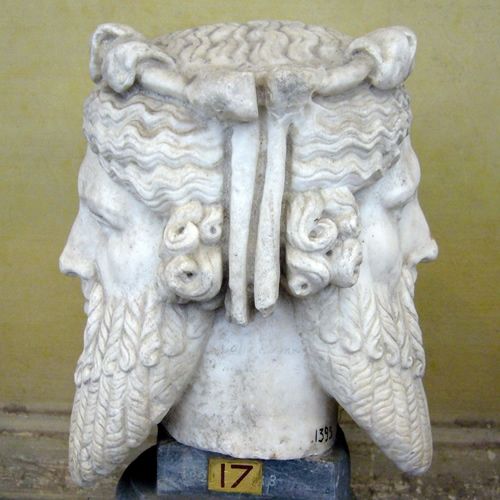 People have been making New Year’s resolutions since the time of Julius Caesar, when January got its name from Janus, the two headed god. One head looked backward at the old year, and the other looked forward into the new one, making Janus the patron of bridges, doorways, beginnings and endings.

To the people of that time, January seemed the perfect time for making resolutions to end old, destructive behaviors and initiate new, constructive ones. The practice of making yearly resolutions continued throughout centuries, often falling out of favor, only to be resurrected. The resolutions evolved through time, often taking on the religious and moral overtones of the current society, but the sentiment remained the same: a promise to oneself to end old, negative behaviors and begin new, positive ones.

In the early 1700’s American philosopher and theologian Jonathan Edwards wrote 70 resolutions, some of them heavy-handed in nature, but not unlike the ones we make today. For example, Edwards resolved to live as he would have wished he lived when he came to die, an all-encompassing and difficult one to keep, day in and day out. He also resolved never to suffer the least motions of anger to irrational beings, an equally-daunting task, given the number of irrational beings one encounters on a regular basis, particularly if one is required to navigate the modern freeway system.

An easier resolution to keep, and one that has evolved and survived, was his resolution for strict temperance in what he would eat and drink. Another of his resolutions that serves us today is his resolution not to speak evil of anyone, so as to discredit or dishonor them. His resolution, not to do anything out of revenge, is also relevant in our society.

The tradition of making New Year’s resolutions has survived the test of time, because of its simple promise to make things better and the opportunity each January to start anew, erase the past slate and begin with a fresh, blank one.

Statistics and scientific studies of the personal and far-reaching impact of New Year’s resolutions abound, but the whole idea of making New Year’s resolutions is a personal commitment to oneself, and the best resolutions are made in the heart of each individual. Some people like to make lists of very specific resolutions, or write lengthy journal entries on each one, while others might simply make mental notes to do something, often not even calling them resolutions.

Some things we do know, from our own and others’ experiences, is that the kinder and gentler we are with ourselves, the more likely we are to benefit from making the resolutions. We are also more likely to keep and benefit from resolutions that not only help us, but serve others as well.

Some suggestions for kinder, gentler resolutions include:

Some suggestions for green resolutions to benefit yourself and others include:

Some suggestions for guided imagery to help you keep your kinder, gentler and green resolutions include:

As always, we love hearing from you, and we would love to hear your suggestions for resolutions to make 2014 our kindest, gentlest and greenest year ever!