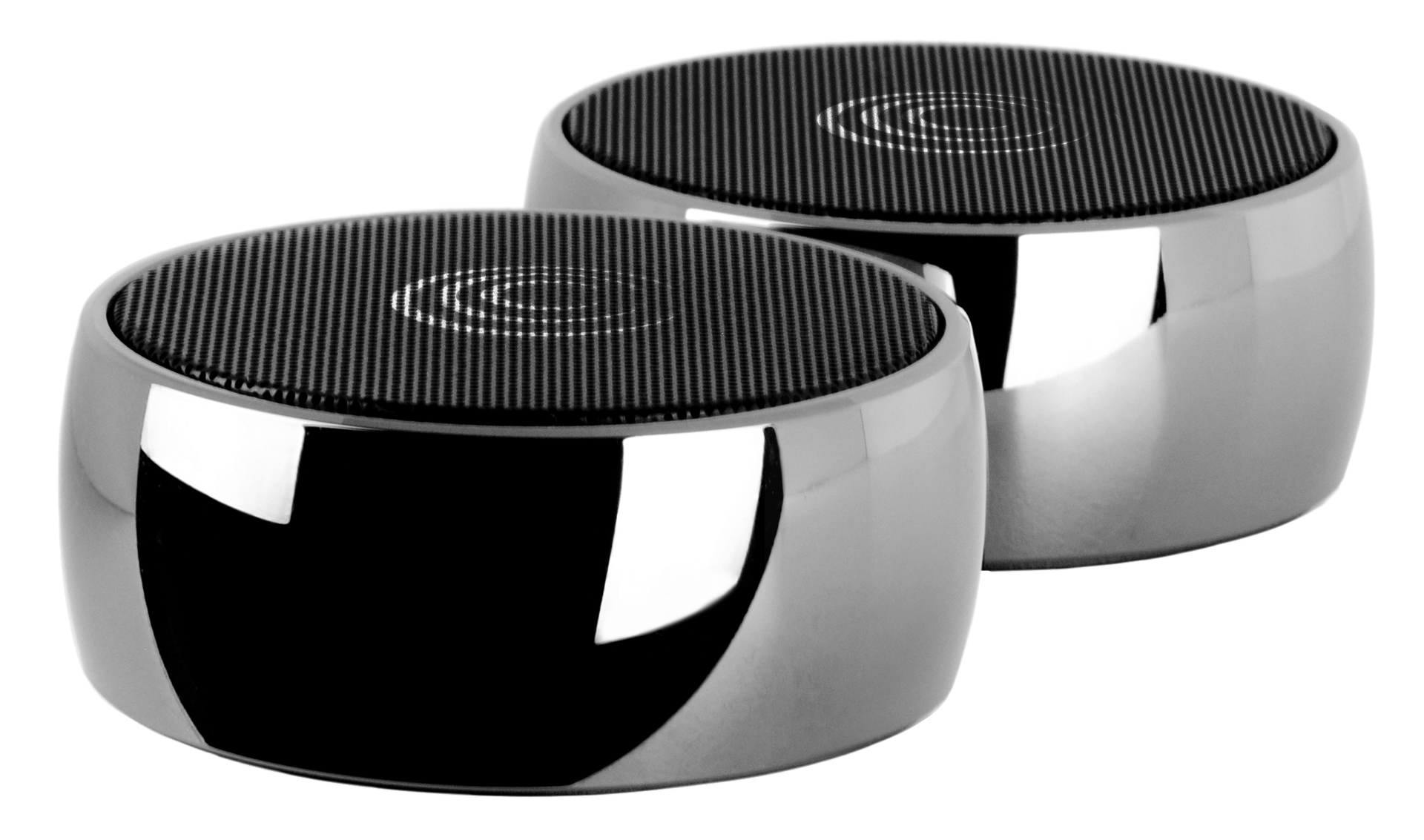 At the risk of sounding like a broken record, I hope you’ll indulge me once again as I extol the virtues of the N.O.W. Tone Therapy System — the “Pucks of Peace,” as they’ve often been called. These magnificent little gizmos are about the size of a hockey puck (hence the name) and work in sync with each other to produce reverberating tones with such clarity and resonance as to, in just three minutes, induce a peaceful and meditative state of mind.

If it sounds too good to be true, rest assured: I was just as skeptical as you are (maybe more). You can imagine how many quick-fixes to mental health, spiritual attunement, and dreams come true I’ve been pitched over the years, so my tolerance for gimmickry is low; and for people underestimating my common sense even lower. I was all but dragging my heels to an afternoon meeting with inventor Michael Joly (a return favor to a friend)…

And I could not have been more wrong.

Sound wave mechanics certainly aren’t a new concept in the mind-body world — in fact, in one form or another they’ve been around since the 1950s. But what sets the N.O.W. system apart is, in a word, its potency. These delicate arrangements of pings — exquisitely fine and clear pinpoints of sound with their own after-waves (overtones, undertones, still not sure which they are) — can be sensed both with the ears and with the body itself.

So I tested them. Repeatedly. Each time finding a new way to interact with this ingenious system and the experiences it creates. And then I tested them on anyone who would let me (or who I cajoled and needled into letting me): kids, grandkids, neighbors, the electrician, the plumber, the Comcast guy… and a very dear friend who, after experiencing these three-minute wonders, commandeered my laptop and purchased four systems of her own — one for each family member!

And if that’s not enough for you, just last week, the newest addition to the Health Journeys team (Communications Specialist Kelsey Rubenking) had been anxiously and excitedly awaiting her very first N.O.W. Tone Therapy System…

“I am not a person who has an easy time with guided imagery. For whatever reason, my brain just doesn’t cooperate with methods of meditation that hinge on visualization techniques. I’ve been frustrated before by an inability to concentrate, trouble focusing, and resistance to traditional mindfulness methods. Since listening to the sample of the N.O.W.s online, I’ve really been almost desperate to try the real thing for myself — even counting down by the hour in staff meetings to when they’ll arrive.

Well, they’re here, and it’s hard to put into words how delighted I am with this system. The three minutes of each session go by quickly, but the experience of listening to the tone sequence feels suspended in time. The vibrations from the deeper sounds are grounding; the higher tones are resonant and full of clarity. And the randomized tone sequence each time I sit down with them means that for once, I’m fully engaged and present throughout the session. This is like nothing else I’ve tried — and I’m hooked.”

That’s the kind of reaction you just can’t make up, folks.

So, keep your eyes peeled: this week, we’re releasing a video clarifying some of the more technical aspects of the inner workings of the New Origin Waveforms speakers — most of which are beyond me. (Full disclosure.)

And in the meantime, you can check out one of our previous blog posts, chock-full of questions we’ve received about N.O.W. Tone Therapy, and some answers that will hopefully whet your appetite or sate your curiosity — for more info about this fascinating system.