Okay, So Remind Me: You Miss Your Ex because… Why?? 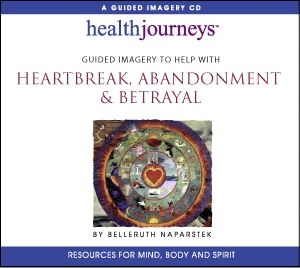 My former husband left me (we were in our early-to-late fifties, he being five years younger) after almost twenty years of marriage, saying he wanted to find his "soul mate."

What he didn't say was that he had already found her about two-and-a-half years before that. They had been meeting in secret and also having phone conversations --- 90 in one year alone, that I counted on phone statements that I requested from the phone company.

He and his "friend and confidante," as he referred to her, denied a sexual affair. They said their romantic relationship started two months after he left me, which, coincidentally enough, is also when he made his "friend and confidante" the beneficiary of his life insurance policy, removing our son from it. Is that the behavior of a man who has known a woman for only two months? Well, okay, maybe an imprudent, impulsive man of poor judgment who is impelled by hormones.

I maintain that sharing one's deepest emotional life with a person other than one's spouse (except a therapist), while distancing oneself from a marriage and avoiding the issues, is emotional infidelity, oftentimes much more destructive than sexual infidelity. Six years later, I still haven't recovered from the betrayal.

He did say that he knows he hurt me "in many ways," but that was early during the divorce process, when he wanted me to fork over more money (I was the primary breadwinner).

He never actually enumerated any of the ways in which he had hurt me, or apologized. Nor did he ever express gratitude for the good he did get from our marriage, which was substantial. He offered not a word when I was diagnosed with breast cancer a year into the divorce, nor a card of condolence when my mother died two years later, or my sister, several months ago.

After four years of living together, the relationship with his "friend and confidante" ended. I learned that their time together had been a hellish nightmare. Among other issues, she drank too much and, on one occasion got a DUI.

I admit that their break up gave me some comfort and helped me see that I was not the cause of his unhappiness, as he had said. He dated other women for the next year and, three months after meeting the most recent woman, married her.

Until that point, I thought I had been healing, but the fact that someone like him, who had been verbally and emotionally abusive to me and had other severe anger problems within the community, could have what I imagined was a good thing happening to him (i.e., the remarriage), has reopened my wound and undone some of my healing.

I still have hope, against all evidence, that one day he will apologize to me, express gratitude, and give me closure. It's unbearable when I think he won't. How can I evict my ex-husband from my my heart and mind?

This may sound harsh, but I have to ask: what is it, exactly, that you miss about this guy? What was he good for? The man verbally abused you; betrayed you with his "new best friend" and Lord knows who else; bled you of your income; and was in the wind when you contracted cancer and lost your mother.

And why do you need to have an apology and some gratitude from this jerk? How will that make you OK? You already know you have these things coming. So why not give them to yourself - then at least those words of validation would be coming from someone with some character and reliability....

And one final question: Why are you throwing all your power away to him, holding fast to the belief that you won't be okay until you hear these things from his self-absorbed mouth? Do you not want to be okay?? Instead, why not focus on getting blood from a stone? You might have better luck there.

Okay, enough with the sarcasm. I just wanted to get your attention. Here's the thing: you need to turn your focus away from this jerk, and instead, place it where the real payoff is: inside yourself.

You really want to move on? Investigate what drove you to this relationship in the first place; what kept you in it for 20 years; and what keeps you looking back at it now.

It could be any number of things: low self-esteem, parental modeling of a lousy relationship, a need to feel righteously one-up by holding tight to the role of victimized "injured party"; a fear of your own aggressive instincts, terror of engaging in real intimacy with a genuine grown-up; the need to be part of a couple, no matter what... who knows? Only you do. Find a good therapist or counselor and dive in. That's where the pay dirt is – looking at yourself.

You can support this effort, of turning your attention inward and away from him by starting a mindfulness meditation practice with Jon Kabat-Zinn; or listening repeatedly to the guided imagery for Heartbreak, Abandonment & Betrayal; or Traci Stein's Self-Esteem and Self-Esteem during Sleep; or just talking to friends who value you and wish you well. A support group could help. Some new interests could, too. Try doing something you've never done before - where there are no associations to when you were with him.

Whatever you do, turn your attention away from this man and onto something that will offer you some nourishment and energy for your future.

Perhaps the image you could hold in your mind is of the feel of two very warm, loving hands, cupping your face and ever-so-gently turning it away from him and toward something shiny and beautiful in your future.

I wish you well with this, Ruth!!