Our Beauteous New App - Intuitive, Brilliant, Easy-Peasy… And Everything It Took to Get Us There…. 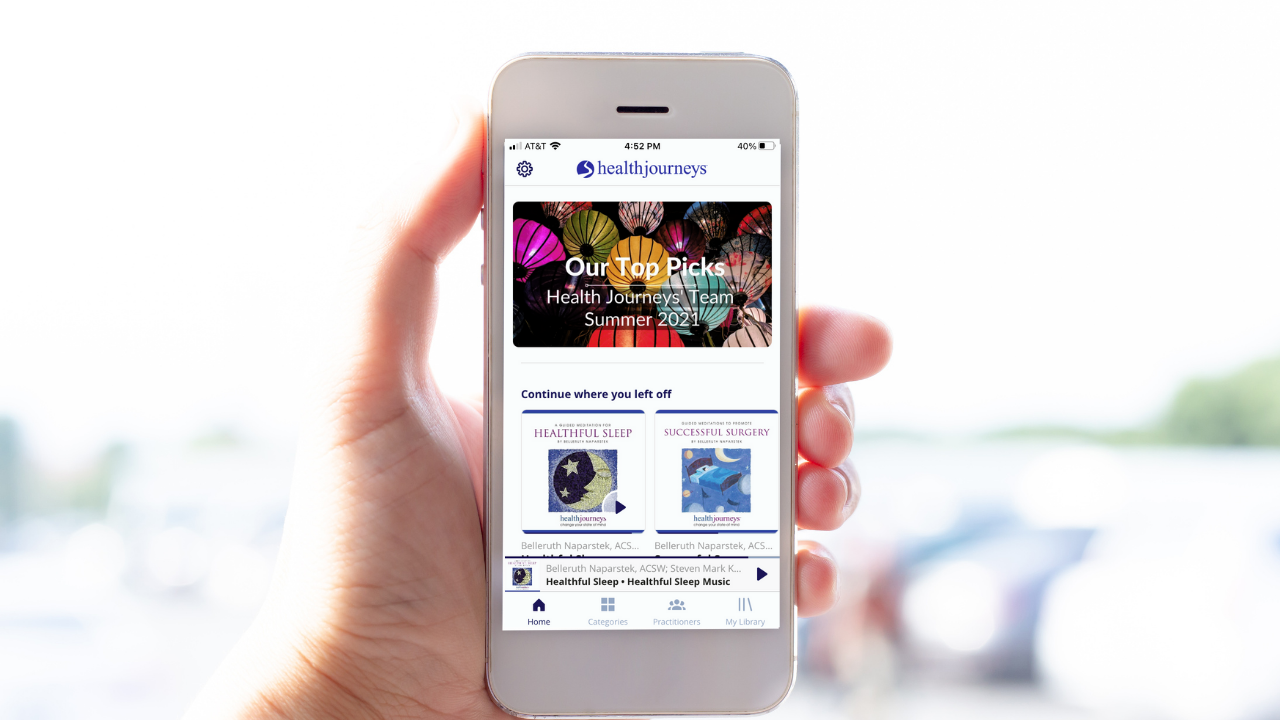 We are deeply stoked to have a fresh new app that provides quick and easy access to our razzle-dazzle roster of world-class experts & practitioners. Our primo content that targets specific health and mental health challenges finally has a gorgeous first-rate, state-of-the-art home – a dispensary if you will - that’s worthy of it.

This app is the apotheosis of our whole journey through all sorts of digital audio delivery systems since 1990, and it got us thinking about how the heck we got here. Our story reflects the way audio itself has developed at a dizzying pace worldwide over the past 3 decades, and we think it’s pretty astounding.

For us, it all started with a cassette tape that Belleruth was brow-beaten into making for a bossy psychotherapy client, who wanted something therapeutic to listen to during her chemotherapy treatments at University Hospitals of Cleveland.

That tape met with sufficient success that BR was inspired to make 7 others for a whole assortment of afflictions and challenges, and then 7 more.

At first they were featured on rotating racks by the pharmacist in local drug stores, where they were recommended alongside prescribed medications, topical lotions, and devices. 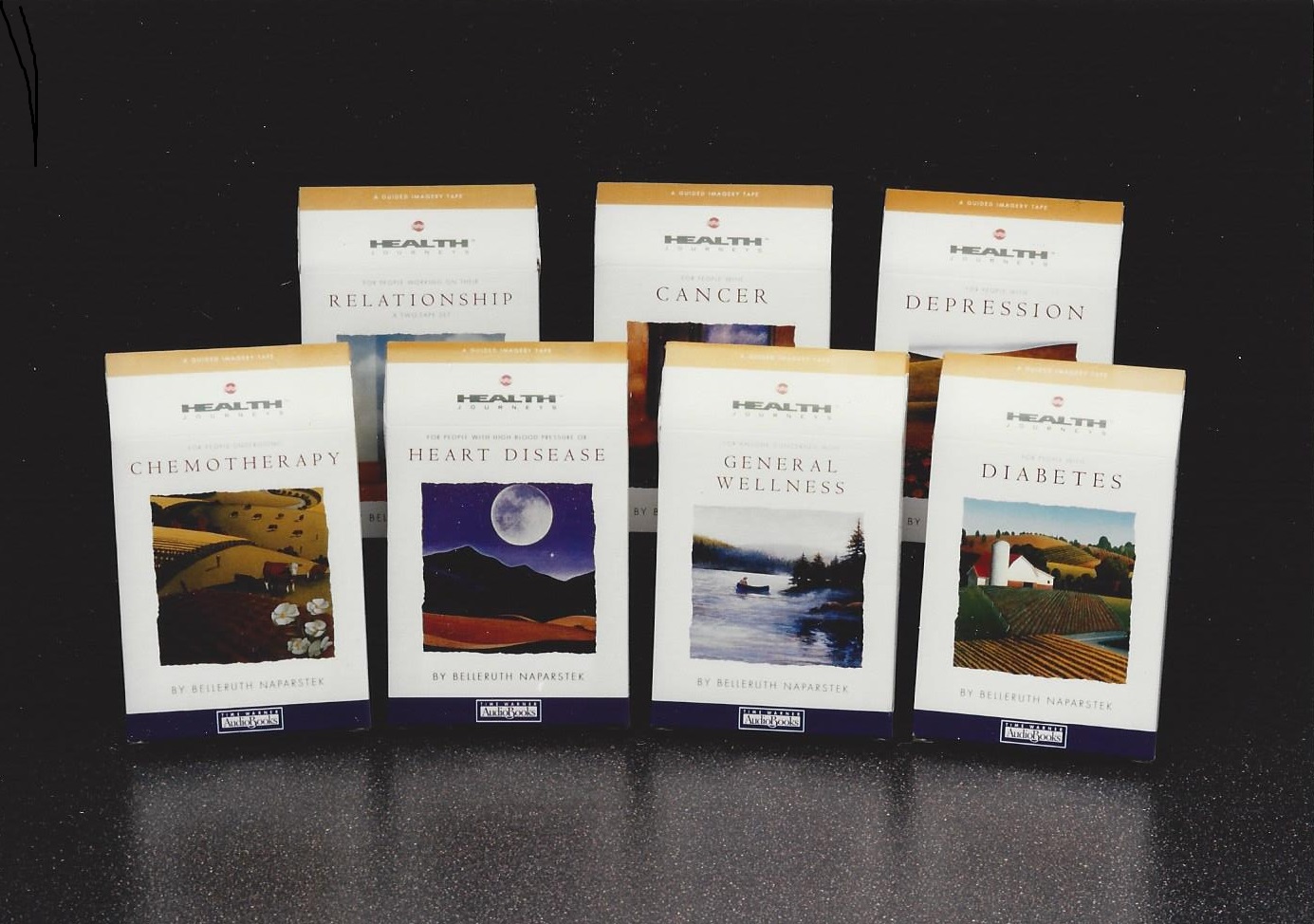 Then BR’s business partner at the time mentioned the 14 tapes to Warner Books editor, Larry Kirshbaum, who just happened to be ramping up the launch of a new audio division - Time Warner AudioBooks. They were way behind schedule.

Larry listened to a couple of the recordings, liked them, and presto! He could release 14 titles in one fell swoop – a respectable number to fill out his list and justify a launch… so much so, that he invited BR to speak to all 70 Warner book reps at their upcoming biannual sales conference.

How magical was that? We got to explain what guided imagery was and what it could do for people, to 70 seasoned salespeople who supplied bookstores and chains all over the U.S. Suddenly we were in every Borders and Barnes & Noble, along with the great indy bookshops that were thriving nationwide at the time. 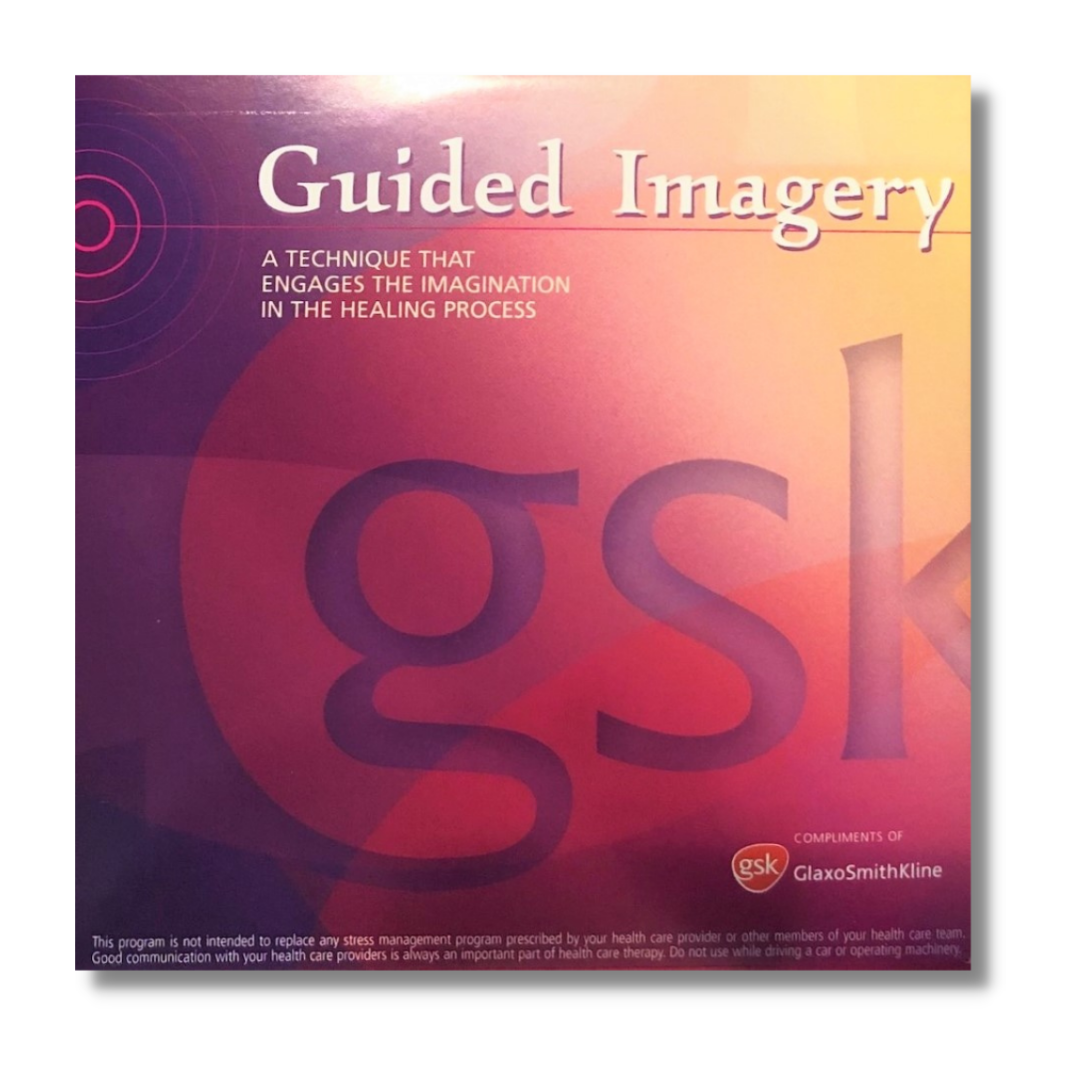 At about the same time, a pharma named SmithKline Beecham (now Glaxo Smithkline) decided that BR’s original chemotherapy tape would make a great premium to give out to nurses to hand out to their patients as they administered their anti-nausea drug, Kytril, in hospitals.

So they casually ordered a first batch of 200,000 custom labeled cassettes. We were agog.  What could be better than trusted nurses introducing the benefits of guided imagery FREE to scared, worried patients on infusion units across the nation? NOTHING, that’s what.

And that inspired so much nurse loyalty to the pharma (because the nurses, being nurses, loved having something to comfort their patients, instead of the usual pen, cup or mousepad giveaway) that soon Amgen, Roche, and Ortho Biotech were following suit with guided imagery premiums. 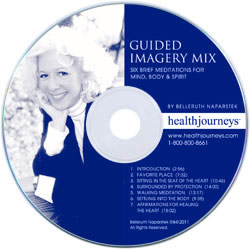 So then CDs began replacing cassettes. They were a big improvement, because they didn’t degrade, stretch, dry out, get fragile or break over time, the way the tape on cassettes did. For a long time - maybe ‘til around 2000 - cassettes remained popular and shared 50/50 shelf space with CDs.

And then one day cassette demand just flat-out disappeared. Cars manufacturers no longer installed tape players in the dashboard, and computers came with slots to play and burn CDs. (Remember that?)

Packaging became more efficient, and instead of the plastic jewel cases that cracked and became unhinged, cardboard sleeves took over, costing less to produce and taking up less space in a warehouse.

But even hardy CDs got wrecked downrange in the rough terrain of Iraq and Afghanistan, and besides, they were unwieldy for our troops, who were already shlepping too much on their backs. That’s why the Army fell in love with Playaways – sturdy, light, all-in-one, portable little hand-held, preloaded, battery-operated players, with one and only one title in them.

They also turned out to be wonderful for people who got easily confused or distracted by too many buttons, choices, or bells & whistles that interrupted a listener using a smart phone. That could be someone with a TBI or brain injury, or dementia, or posttraumatic stress, or a severe learning disability; or for older people who got intimidated by too many digital choices; or for surgery patients in the O.R. or for chemo or dialysis patients in an infusion chair. Handy little guys! 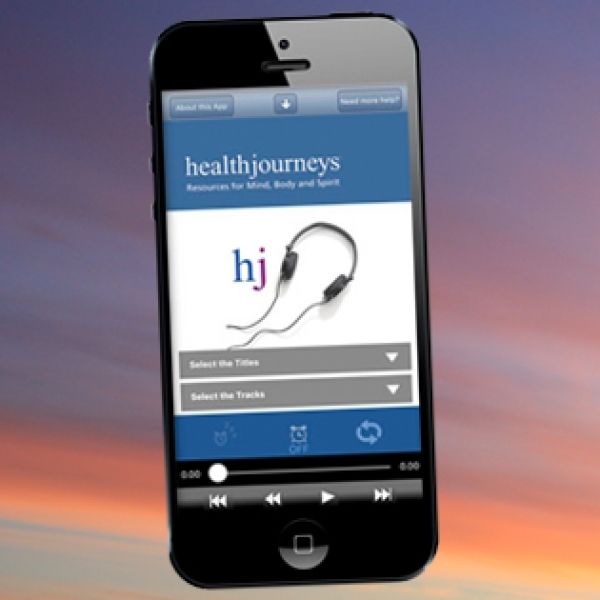 So much for concrete things that exist in real space, eh? Although way more people than you’d think still want CDs, we think they’ll suddenly disappear one day soon, just like those cassettes did.  And, as stated, the Playaways will always be needed by certain segments of the population.

But downloads made guided imagery instantly accessible, 24/7, from phones, tablets, TVs or whatever the go-to device is. They were hugely popular, and enjoyed some rollicking good times, but now are being outclassed by streaming… More and more people are enjoying the flexibility and ease of just streaming their guided imagery, on demand, from any number of platforms. Our downloads can still be had from our webstore, iTunes, and a dozen other platforms. 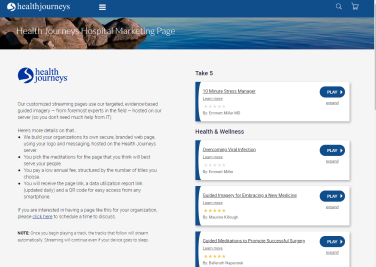 And a Warm Welcome to Customized Streaming Pages!

So, what do you think we did to replace the popular, customized, white label packaging of cassettes and CDs for pharmas, hospitals, health plans, and universities?  Yep, it’s the customized streaming page, where the organization chooses the logo, message, and guided imagery tracks that exactly suit their population.

And because it’s all digital and not stuff that exists in real space, we can do this at tremendous scale and at low cost.

The net effect is that a huge hospital system like University Hospitals of Cleveland can create a page for patients and for employees; Stanford University can provide pages for students and health care workers alike; and scores of private practices and small clinics across the country can afford their own streaming pages for the people they serve at super-reasonable cost.

So Then Came the App – Our Happy App!

So here we are, back to our nifty new app that offers every audio we’ve ever listed, in featured combos, with multiple ways to easily access what you’re looking for, create your own clusters, pick up where you left off… you know, all the things you’ve come to expect from a top tier app - plus some marvelous extras, like our Take5’s – brief meditations for when you need to chill quickly.

And, our corporate clients are now working with us to design their own customized apps for their employees, students, patients and members. So, there you have it – the improvements will never end. And today’s apotheosis will be yesterday’s news. But it’s pretty great for right now.  Check it out!