Time for a Rant: On Robin Williams, Bipolar Illness & Our Need for Simple Answers 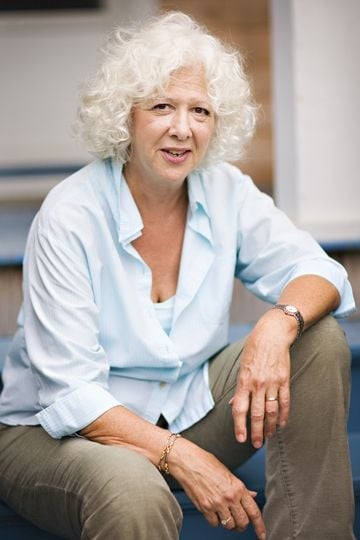 I feel a rant coming on.

I’ve been catching some of the commentary on traditional news outlets and social media over the tragic death of big-hearted, super-talented actor-comedian Robin Williams. It seems pretty obvious he was a great guy and a dazzling talent.  I feel for his family and friends.  It’s horrible to be left by suicide, especially when you haven’t been consulted. (I know that might sound flippant, but I mean it.)

There’s a lot of confused and simplistic messaging flying around about depression, suicide, celebrity and being a professional comic – now throw in Parkinson’s – and, much as I’m reluctant to add to this overfull conversation, I think I’ve gotta pipe up.

Robin Williams had bipolar illness. (We used to call it manic-depressive disorder). And that’s one very tough condition to manage.

Sure, he had the standard demons.  All the stuff people are writing is no doubt true.  He had the usual troubles from celebrity and fame.  He was never secure with “steady” work.  He needed to please people and make them happy, probably to his detriment.  He struggled with various addictions, probably connected to self-medicating his mood swings. He was worried about having Parkinson’s.

But the guy was bipolar.  And that defines the problem and trumps all of the above, which are no doubt contributing factors, but not the main event.

He suffered from an intense biochemical and neurological disorder that too often is hard to treat and manage.  It’s not simple depression - not that depression is any day at the beach either – but this is much tougher and we shouldn’t conflate them.

Bipolar illness results in extreme highs and lows that can last for months.  The highs are super high – great fun on the way up (witness Jonathan Winters and Robin Williams at their most hilarious best, whipping from one speedy riff to the next, a dazzle of lightning-quick associations, accents, word games, verbal derring-do).

But when the energy of mania cycles too fast, it can get saturated with anger, grandiosity, self-destructive behavior and unbelievably messed up judgment. And the lows can go devastatingly, obliteratingly low.  You have to see it (or experience it) to understand how deep and dark those lows can go.

Medication can present its own problems and it can take years before you hit the right mix of pharmaceuticals that do the most good with the least pesky side effects.

And people often don’t want to stay on their meds, because some of them make them feel dull and logy; they can cause unwanted weight gain; and those manic highs can be pretty darned compelling and hard to give up.

Now, it’s true that holistic remedies can help with this. Managing stress with good self-soothing techniques and relaxation skills can build in some insulation and resilience. We hear all the time from people who write in to tell us that guided imagery played a part in managing those intense swings - also, yoga, Reiki, hypnosis, meditation, acupuncture, Healing Touch and some naturopathic supplements help stave off or slow down an episode.  Having a good friend to talk to is always a help. Having a great therapist who knows this field is huge.

But even that’s no guarantee.

We’re talking about a severe condition that is frustrating to manage, hard to stay on top of.  Can it be done?  Yes.  People do it all the time.  But it’s not simple, it’s not easy and it’s not enough to say to somebody struggling with this, “If you’re sad, talk to someone”.

So I know people are casting about for something positive to say, some solutions to offer, some way to prevent this from happening to the next wonderful person who wants to end their misery.

But we need to be informed about what we’re dealing with. We need real ammunition. We need more research, more and better answers on how to deal with this.

And that’s going to require our giving this condition the respect it deserves.  By doing that, we give the people who suffer from it the respect they deserve. ‘Cause they’re not just sad or overwhelmed by celebrity or scared of a debilitating disease. They’re dealing with something that should not be underestimated..

Bipolar illness is not simple.  It’s complicated.  It’s persistent, tricky and volatile.  People who struggle with it are doing a yeoman’s job, every day.

And while we’re trying our best to come up with easier, better solutions, we’re going to lose even more of our best and brightest to suicide.  We’re going to feel helpless and distraught about losing them.

We just have to keep at it, build on what we’ve got.  Not simple.