Some Big Wellness Wins For Docs Who Used Mindfulness 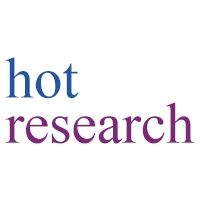 The authors of this study out of Spain, from the University of the Basque Country, point out that most MBSR (mindfulness based stress reduction) studies tend to look at reducing negative symptoms. These investigators instead asked if mindfulness could improve a sense of well-being and pump up positive feelings.

They conducted a randomized controlled trial with 42 physicians, giving the experimental arm an eight-week MBSR program, with an additional 10-month maintenance period.

They used a pre/post design, taking measures of mindfulness and relaxation at pre-intervention, post-intervention and after 10 months. They also took heart rate scores.

The researchers found significant improvements after eight weeks in the experimental group as compared to the controls, with increased measures of peacefulness, renewal, energy, optimism, happiness, acceptance, and even transcendence.

And here’s the frosting on the cake: the change magnitudes actually increased in size after a year, especially for mindfulness and positive energy.  We’re much more used to seeing decreases with most traditional, non-mind-body interventions.

Additionally, heart rate significantly decreased for the intervention group and stayed that way, even after a year.