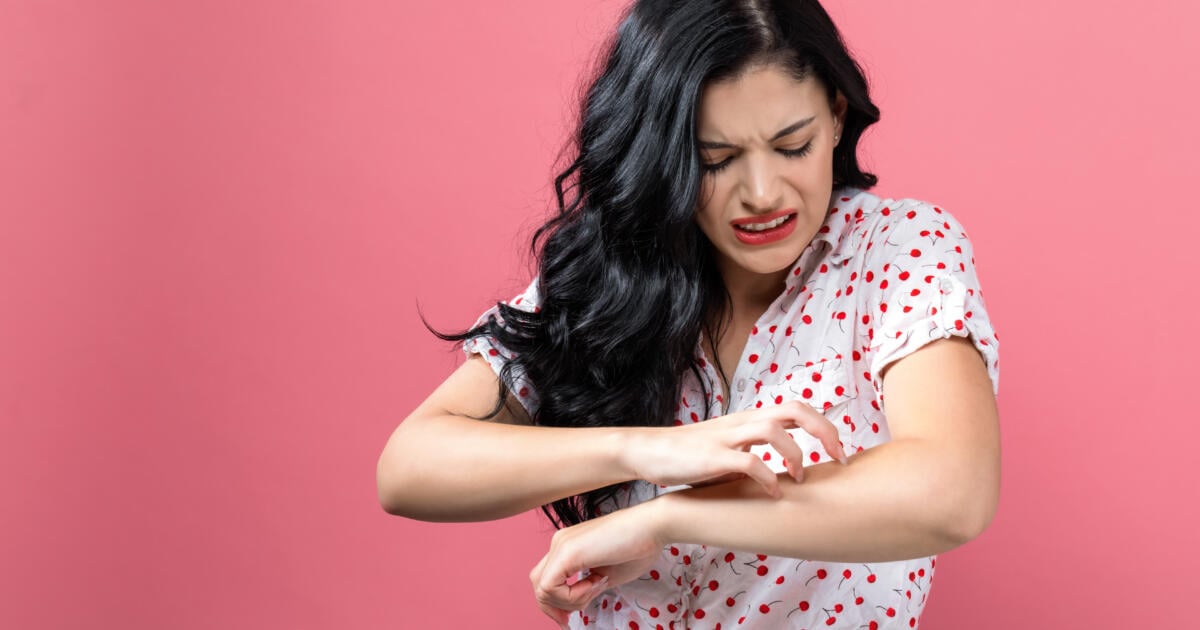 There’s an iconic jaw-dropper of a study1 from the early sixties that makes a stunning point about the power of the mind over an allergic reaction – in this case, on the skin.

Drs. Ikemi and Nakagawa at Yokohama City University School of Medicine in Japan studied 13 boys known to be hypersensitive to the leaves of the Japanese wax tree, which delivers an allergic reaction very similar to poison ivy – itching, swelling, redness, and blisters.

The investigators touched their blind-folded student-subjects on one arm with innocuous leaves, telling the boys, who were in a relaxed trance state, they were the poisonous product of the wax tree. All 13 boys showed eruptive skin reactions of varying proportions.

In the same session, the boys’ other arm was touched by bona fide wax tree leaves, but were told in that same relaxed, altered state that the leaves touching this arm were harmless. Only 2 of the 13 allergic boys had a skin reaction as a result of that contact.

The pilot study was met with eye-rolls, even though these were esteemed academic investigators with a solid track record of methodologically sound work, whose article had been vetted by a respected, peer reviewed journal. The results intrigued people, but were so baffling, they were either set aside as an unexplainable one-off, or else considered more science fiction than science.

But since that time, scores of better, bigger, more advanced studies have gotten ink – randomized, placebo-controlled, blinded and double-blinded trials, some by students of placebo research, some by experts in guided imagery or hypnosis, and some by seekers in search of effective non-pharmaceutical treatments for allergies – but all demonstrating the prodigious impact of the mind over physiological reactions in the body.

Just recently (hard to believe it’s nearly 60 years later!) a 2020 study2 was published that investigated the impact of hypnotic imagery on atopic dermatitis or eczema, a chronic or recurrent inflammatory skin condition that can be influenced by external factors and stress but is considered systemic and probably at least partially inherited. In 2020, the findings were no surprise.

Twenty-seven patients with eczema (mean age 34.5 yrs old) were offered an average of six hypnosis sessions and the degree of severity was assessed at the first and last session. None of the subjects had received systemic treatment for their condition. Bottom line: the eczema improved or resolved completely in 26 of the 27 patients.

Another study – a randomized, controlled trial3 - looked at the impact of guided imagery on dust mite allergic adults with asthma, with the aim of tracking changes in serum IgE, due to its significant role in the pathophysiology of allergic asthma. Sixty-four patients were treated over a 4-week period with a relaxation/guided imagery protocol and assessed at baseline, after treatment, and after 4 months for follow-up. The guided imagery cohort showed significant decreases in serum IgE, as compared to increases in the control group. The investigators confirmed a positive and clinically relevant effect of the relaxation/guided imagery.

So if you’re suffering from some form of allergic reaction – a skin sensitivity; or seasonal coughing, sneezing, and wheezing; or maybe some reactivity to certain foods - you may want to consider adding guided imagery to your toolkit, especially if you want to cut down on antihistamines or other medications that produce less than optimal side-effects. What’s to lose? You might even get to enjoy the delights of spring more!

Take care and be well,

Belleruth (former asthmatic, but through no virtue of her own – just outgrew it somehow)