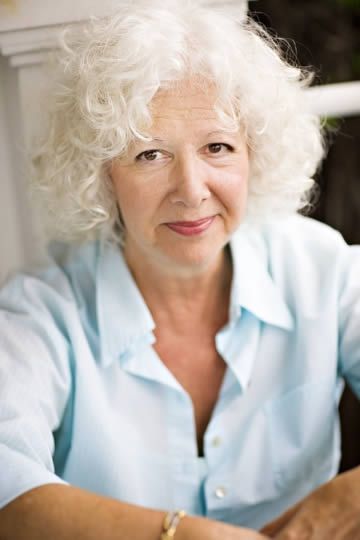 So, as Mother’s Day approaches, I’m reminiscing about a May morning many decades ago, when I was about 8 and my sister 11, and we forgot to get our mother a Mother’s Day present.

My mother went absolutely nuts – I mean, totally ballistic. Where normally, when we disappointed her, we might hear her mutter a few sarcastic words under her breath, this was an all-out rant that shredded us, calling us out for the selfish, ungrateful louts we were, and leaving us mortified and guilty - my brother, who was a blameless 5 or 6, escaped her ire. She then took to her room and slammed the door. She was probably crying.

My sister and I felt horrible. We quickly put our heads together, pooled our meager cash reserves, and walked to the drug store up the street (the only venue that was open on a Sunday). We found some low-end perfume we could afford. (We may have gotten a temporary loan from the clerk. It was a small town and people did things like that.)

We raced back home, knocked on her bedroom door and offered her our gift. She looked at it and said something withering, to the effect of, “Too late. It doesn’t count if you didn’t think of it yourself”, and closed the door again.

We felt about an inch high. And, occasionally my sister and I still talk about that awful morning. I don’t remember how it all got resolved, but it did.

Looking back as an adult (and a family therapist), I wonder about a lot of things. Where was my father? He was a solicitous and gallant husband, and usually it was he who reminded us of Mother’s Day, and even helped us pick something out.

What was going on between the two of them, that he didn’t remind us this time? And was that why he was AWOL that day? Did they have a monster fight? Was my mother scared that their relationship was rupturing? (It wasn’t.) Was her rant about not being appreciated really meant for him? (Probably, to a large extent.)

I think about how my mother must have felt that day. She worked very hard for us, was devoted and steady, kept after the house meticulously, cooked a three or four course meal every night, and put up with a certain amount of personal disappointment, having grown up at a time when a very brainy, capable woman was told to learn shorthand and became an executive secretary until she married. (She would have preferred lawyering, she once told me.)

She was also probably peri-menopausal and suffering from hormone swings to beat the band. If I was eight, she had to be thirty-eight. Maybe that’s why my dad was nowhere to be found. Perhaps those hormones had swung one time too many!

I’ll never know what the real scoop was. But I do look back and think of her with a lot of sympathy.

The takeaway: I do think it’s a spouse’s or partner’s job to remind the kids to be thoughtful of their parent. And if you’re old enough, it’s the kid’s job. I know Mother’s Day may have started out as a marketing strategy, dreamed up by a card company or florist, but, hey, it never hurts to remember your mother!

Check out our idea for a very cool gift – nice and indulgent, generous and appreciative. Wish I’d had it that morning! ?