Researchers from the Department of Psychiatry and Behavioral Sciences at Tulane University in New Orleans, LA investigated whether trauma-focused cognitive behavioral therapy (TF-CBT) could be effective with very young children, ages 3-6, exposed to heterogeneous types of traumas.

A feasibility study with 11 children was followed by a pilot with 64 children, randomly assigned to either a 12-session manualized TF-CBT protocol or a 12-weeks wait list condition.

In the randomized design the intervention group improved significantly more on symptoms of PTSD, but not on depression, separation anxiety, oppositional defiant, or attention deficit/hyperactivity disorders.

After the waiting period, all participants were offered treatment. Effect sizes were large for PTSD, depression, separation anxiety, and oppositional defiant disorders, but not attention-deficit/hyperactivity disorder.

At six-month follow-up, the effect size increased for PTSD, while remaining fairly constant for the co-occurring disorders. The frequencies with which children were able to understand and complete specific elements of the protocol validated  the feasibility of using TF-CBT across this very young age span. The majority of subjects were minority race (African-American) and without a biological father in the home, in contrast to most prior efficacy studies.

The investigators conclude that these preliminary findings suggest that TF-CBT is feasible and more effective than a wait list condition for PTSD symptoms in very young children, and that the effect appears lasting.  Additionally, there may also be benefits for reducing symptoms of several comorbid disorders. 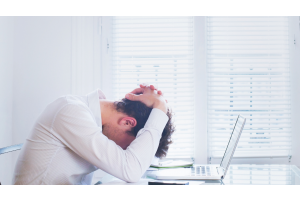 What Can I Do for Burnout, Depression & Lack of Motivation?