What Imagery Is Best for Traumatic Childbirth, Grief and Postpartum Depression? 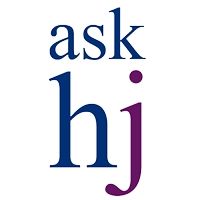 A woman coping with a trifecta of challenges: postpartum depression, possible grief, and posttraumatic stress suffered during pregnancy, childbirth and after, wonders if there are any resources that can make a dent on these complex challenges.

Hello, I'm suffering from postpartum depression and ptsd from several traumatic events I suffered in pregnancy childbirth and after. I was wondering if there are any tips or guided imagery that will help me best.

Although depression has a stronger than usual biochemical component when it shows up after childbirth, guided imagery that targets depression doesn’t have to include those particulars for it to be effective.

Same with PTS – it can arise from a whole range of catalytic events – but whether it’s from an earthquake, domestic violence, childhood abuse, combat or a scary hospitalization, imagery for posttraumatic stress can be effective.

As long as the narrative takes into account the symptoms, the psychological and social impact, the basic dynamics of the body’s neurophysiology and biochemistry, all wrapped up in the story it tells, it can work for people.

So, first off, I recommend our guided imagery for Depression.

And if you find the technique works for you, and you’ve had some experience with the depression imagery under your belt, you might want to then go to the more emotionally evocative but also more powerful imagery in Healing Trauma. If that proves to be too intense, I’d back up, scratch those first two suggestions, and just take it step-by-step and phase-by-phase with Guided Imagery for the Three Stages of Healing Trauma, which uses a more gradual approach (matches the stages of healing in my book, Invisible Heroes and includes both of those titles in it. I didn’t suggest it first because it’s a more expensive option, and you might not need all that imagery.

Other suggestions that might serve as alternates if you don’t go with the Three Stages option:

Our guided imagery for either Anger & Forgiveness (also included in that three stages pack) or Heartbreak, Abandonment & Betrayal (not included, because it was produced after that pack was published).

Wishing you the best. I hope this is a help.