What is recommended for someone who self injures?

Categories: Injuries
Author: Belleruth Naparstek
BR gives an explanation for the urge to self-injure (compulsive cutting, scratching, hair-pulling, burning) and techniques that can provide a substitute for this attempt at self-regulating intense emotional states, found in survivors of childhood abuse.. Dear BR,
What would you recommend for someone who self injures?
Kate

Dear Kate,
Any form of guided imagery, meditation or relaxation tools could be helpful as a self-regulation device that helps the person modulate his or her feelings before they get so intense that he or she dissociates (disconnects mind and spirit from body and feelings) and then feels the impulse to compulsively self-injure (through cutting with razors, hair-pulling, burning with cigarettes, scratching, etc) to reconnect with the self again.

Odd as it sounds, the impulse for self injury is the psyche’s misguided attempt to regulate emotional states and self-soothe, just as compulsive self-medicating with alcohol, drugs, food and sex can be. It is often seen in trauma survivors, especially survivors of childhood sexual abuse. Although it gets mistaken for an attempt at suicide, a cry for help, or manipulative behavior, it is none of these things. It’s actually a paradoxical attempt at self-preservation.

As I say in my new book, Invisible Heroes, usually the self-mutilation is preceded by a profoundly dissociated, anesthetized state, along with unbearable agitation and a compulsion to attack the body. The initial injuries produce little or no pain, and the behavior continues until there is a powerful feeling of calm and relief.

Like so many other trauma behaviors, this one is accompanied by massive doses of shame. According to psychiatrist Judith Herman, survivors resort to self-mutilation when they become so deeply dissociated that they feel utterly disconnected from themselves and others. Ordinary methods of self-soothing don’t work to interrupt the feeling of having been dissolved into nothingness, and nothing short of a major jolt to the system is required.

Any relaxation technique - guided imagery for stress or general relaxation; yoga and qigong; meditation; or even progressive relaxation - can be helpful, especially when practiced and worked with cumulatively over time. When the person is ready, the Healing Trauma imagery is there to help in an oblique and gentle way with the deep imprint of the trauma and the terrible pain that gets expressed in this way. 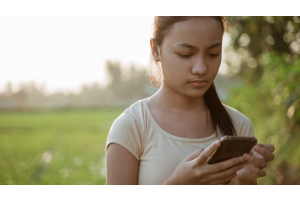