What Works Best for Phobias? 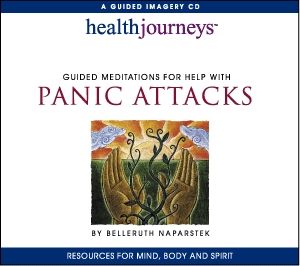 Which of all these strategies can be applied to phobias, such as a fear of heights?

The two simplest methods would be to either become very skilled at becoming relaxed at will or to use one of the alphabet therapies, such as Emotional Freedom Technique, to extinguish the fear.

For the first approach, you could work with any relaxation program – I think the most versatile we have is our Panic Attack CD, which offers five different relaxation approaches that you can pick and choose from, mix and match. Listening repeatedly to your favorite tracks, at times when you are not threatened or stressed, will create this ability to relax at will, merely with the help of a couple of breathing or positioning cues, at the first sign of anxiety or terror. You can then use these simple tools when you're ready to climb that mountain or cross that bridge.

The other method that's effective is the energy tapping/affirmations/distraction protocol of Emotional Freedom Technique or EFT. Interestingly enough, Mary Sise's DVD starts with a demonstration on a man who is terrified of heights and cannot climb more than one step of a ladder without getting excruciatingly uncomfortable. By the end of the session, he's up on the top rung and cool as a cucumber. (For reasons I don't fathom, Mary calls this DVD TFT or Thought Field Therapy, even though what she is doing is far more like EFT). But whatever it's called, what's nice about this DVD is that she goes on to demonstrate the method on several other people and situations as well, and by the time she's at the last session, which is working directly with the viewer on his or her issue, you've got the method pretty well down.

And although either method should be enough, using both these approaches would be dynamite.